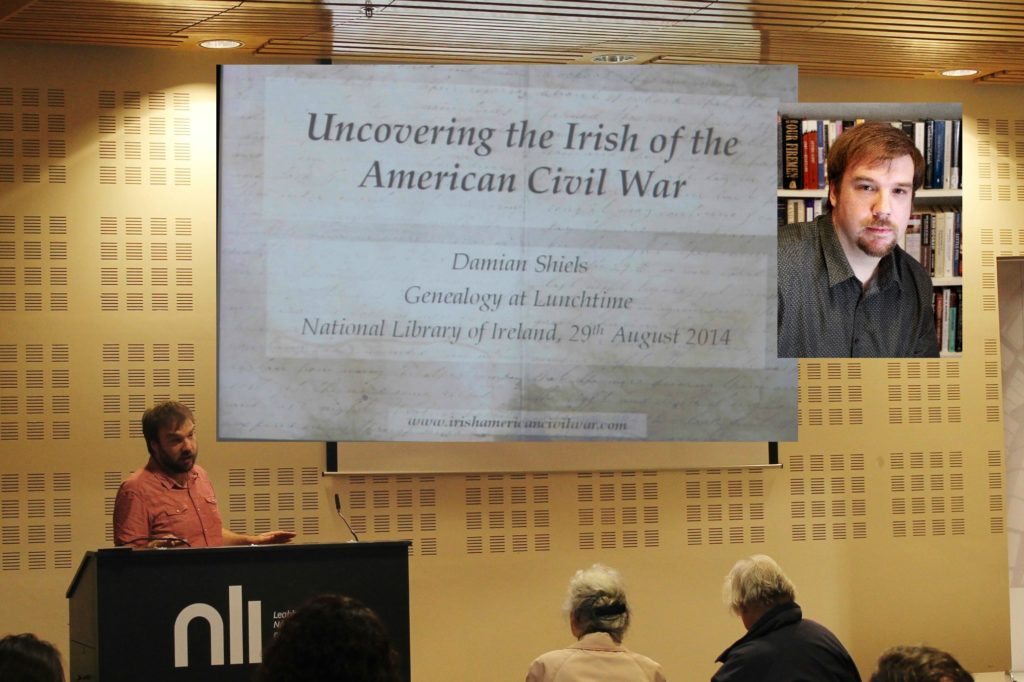 Welcome to Irish in the American Civil War, the largest site dedicated to Irish experience of the conflict on the web. Here you can find more than 700 scholarly articles and resource pages relating to the Irish in 19th century America.

My name is Damian Shiels and I am an  historian and archaeologist based between Ireland and England. I am passionate about revealing the past through the personal stories and experiences of those who were there, and this website is one of my vehicles for achieving that. I have 20 years experience in the fields of heritage and history, with particular expertise in public engagement. If you are interested in finding out more about my skillset you can check out the Expertise, My Publications and Speaking pages.

Since it was established in 2010, this website has grown into one the largest and most extensive Irish history sites on the internet. In 2015 the site was judged the best Arts & Culture blog at the Blog Awards Ireland. The core of Irish in the American Civil War is the Blog, which contains in excess of 500 fully referenced articles about the Irish emigrant experience in the 19th century United States and the Irish of the American Civil War. Most of these articles are micro-histories of individual families, using their stories to explore wider aspects of Irish emigration and Civil War service. The Resources and Visualisations sections offer further detail on these emigrants, and some interesting ways of interacting with the historical data we can gather about them. All the material on Irish in the American Civil War is provided free of charge. If would like to support some of the running costs of maintaining this resource you can do so by becoming a Patron of the site.

The American Civil War is one of only two conflicts in Irish history which have seen c. 200,000 Irishmen in uniform. However, unlike the First World War, its impact on Irish people has been largely forgotten and ignored in Ireland itself. This is despite the fact that many of those affected were Famine emigrants, who between 1861 and 1865 experienced the second great trauma of their lives. By failing to recognise the scale of the war’s impact on Irish people, we have also failed to recognise how valuable study of this conflict can be in understanding the lives of Irish emigrants. One of the American Civil War’s legacies was an ocean of documentation pertaining to its participants, documentation that today provides us with the greatest amount of detail on the social and personal lives of 19th century Irish people available anywhere in the world- including Ireland. The central mission of this site is to share some of those stories, and in so doing to raise awareness in Ireland and elsewhere of the value of studying this aspect of Irish Diaspora History. I hope you enjoy your visit!