After what feels like a labour of love for nearly a decade, I’m delighted to see my first book on the culture and sentiments of Irish American Civil War songs and music now out there in the world having been published by LSU Press at the end of September! Followers of the blog and our Facebook page will know that I’ve written about aspects of this topic before on this site – starting back in 2015 – though the project has its origins a couple of years before when I first asked Damian for help in contextualising a group of Irish-related American Civil War songs held by the British Library. Back then, I was working on a MA internship focusing on digitising wartime sources held there for an online gallery around the time of the conflict’s 150th anniversary, and my Civil War interests lay more in other cultural and social aspects. But those songs captured my imagination, drove my PhD research, and has become a project I’m very proud to champion.

Those who have read my other posts on this site, or our special Crossfire publication earlier this year, will be familiar with some of the bigger aspects of what the book speaks about. Building on work I’ve written and spoken about elsewhere on the way Irish songs articulated American loyalty to the war cause (on Confederate, and particularly Union, sides), and why we should all listen to the songs of the past as another source of different expressions about wartime experiences, Irish American Civil War Songs: Loyalty, Identity and Nationhood focuses on the history of Irish song use in America up to the mid-nineteenth century; the publication and performance of such ballads; the way Civil War examples sang about wartime service; the role of the 69th New York State Militia and Irish Brigade as being bastions lyrical history; the place of nationalism (Irish and American) and politics amongst sentimental concerns about the loss of the diaspora’s sons on America’s war torn fields; and how songs displayed Irish cultural heritage wrapped up in the Star Spangled Banner.

The book has been put together with the help of the brilliant LSU Press, who have been enthusiastic from the start of the book-making process and who have produced a beautiful cover for it. The shamrock, Irish and American flag border design comes from a music score book for a song about General Michael Corcoran (a big figure in my work) along with a photo of First Battle of Bull Run prisoners at Castle Pinckney sitting underneath a home-made sign for a ‘music hall’. Those of you who have read Corcoran’s wartime memoir about his post-Bull Run capture, or are familiar with Damian’s Andersonville work, will know that prisons became large sites of cultural production for soldiers when they were able. This book cover photo is reflective of that.

Keep your eyes on our Facebook page for some updates about the book – there are few talks and blog pieces that are coming up between now and Christmas, including my ‘Author’s Series’ Facebook conversation with LSU Press on 3 November. I’m also tweeting a fair bit about the book at the moment, along with news of some new projects I’m researching (more on that in a future post!). We’ll be sure to share the details of other events once they are confirmed! For more info about the book, head to the book’s page in the LSU Press catalogue site, and see the full press release below. 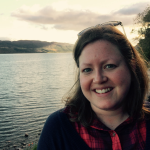