The majority of the statistical knowledge we possess on United States volunteers during the American Civil War owes its origins to the Statistical Bureau of the United States Sanitary Commission. During the conflict the Commission painstakingly gathered information on both sanitary conditions and the soldiers themselves in order to inform hygiene, health and other policies. At the heart of these efforts was the work of a statistician from Cork City, T.J. O’Connell, a young man whose efforts continue to influence our perception of the Union volunteer to this day.

During the war years the personnel of the Sanitary Commission’s Statistical Bureau were given the daunting task of compiling background data on hundreds of thousands of Federal volunteers. These statistics covered not only raw numbers and casualties, they also covered topics such as volunteer ages, nativity, and the minutiae of their physical characteristics. This work continues to underpin almost every discussion of the “average” Union soldier during the conflict to this day. The fruits of these statistical efforts were many and varied, but the best known compendium of their findings appeared in 1869. That was when the Bureau’s Actuary, Benjamin Apthorp Gould, published the seminal Investigations in the Military and Anthropological Statistics of American Soldiers, a volume that has long been a go-to for my own work on Irish Americans. It is in Gould’s preface that we are given one of our fragmentary glimpses into the contribution of T.J. OConnell to those efforts:

Mr. T.J. O’Connell, a gentleman of Irish birth, and a graduate of the University of Dublin, who, with the assistance of a single clerk, had carried on the statistical work subsequent to Mr. Elliott’s [E.B. Elliot, the original Actuary, who Gould succeeded in July 1864] departure for Europe in the summer of 1863, became the chief clerk upon the reorganization of the Bureau a year later, and managed the details of the work with discretion and unsurpassed fidelity. His health, already seriously impaired by service in the army, in which he had enlisted as a private soldier upon the outbreak of the rebellion, gave way during the early part of the succeeding winter. His resignation was for some months declined, while he was temporarily relieved from duty, but at his own earnest desire his office was filled in April 1865. Before the close of that year he died, leaving an honorable name, associated in the minds of those who knew him with the memory of a high-toned character, and unassuming ability. (1) 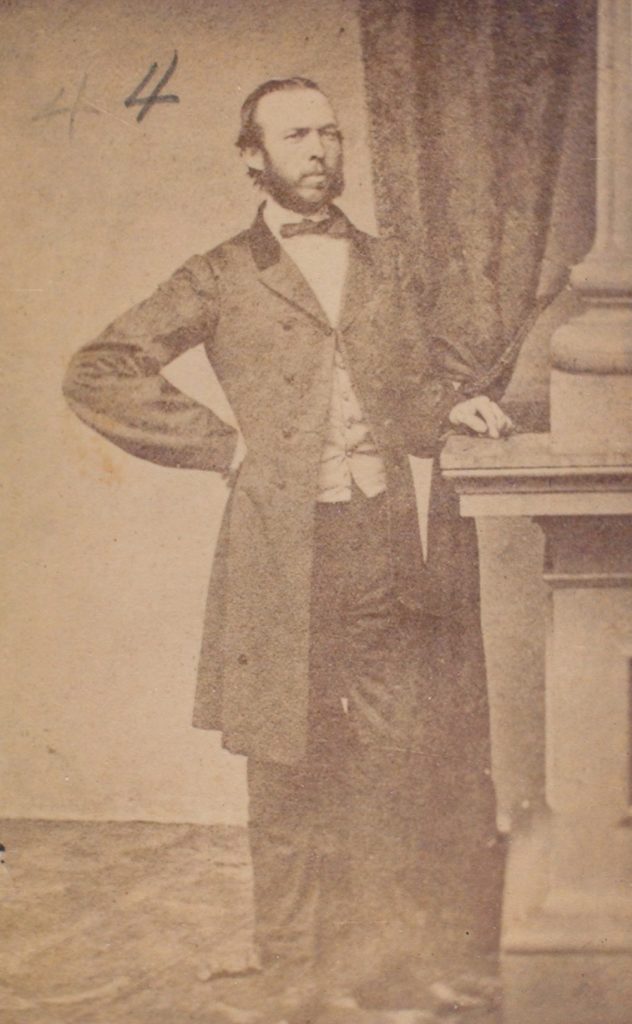 During the year when the Statistical Bureau was effectively without an Actuary, it was O’Connell who led the line on the work that remains a bedrock of Civil War soldier studies. His influence was far reaching. For example, in the introduction to Statistical Bureau’s 1866 publication Ages of U.S. Volunteer Soldiery, we are told that the “the original collection of the materials was principally made by Mr T.J. O’Connell, until lately the efficient and accurate chief clerk of the Statistical Department…” This work, from which all our knowledge of the average ages of white Union volunteers is drawn, was staggering in extent. It involved the pain-staking collection of age data for more than 750,000 men, largely drawn from muster-rolls. (2)

Given his importance in creating these vital data sets, I have been keen to find out more about T.J. O’Connell since I first encountered him a number of hears ago. Yet his story is extremely elusive. Undoubtedly there is much to be learned in the United States Sanitary Commission records held at the New York Public Library, but as yet I have not had an opportunity to explore them. Outside of the references to T.J. in Commission reports and minutes, what we know of his life largely comes from obituaries written at the time of his premature death. From them we learn that T.J.- Timothy Joseph- was a native of Old Market Place in the heart of Cork City, and was the eldest son of Jeremiah O’Connell. Born around 1838, it is not clear when he made his way to the United States. My analysis of military records suggests that he is likely the same Timothy O’Connell who enlisted in the 25th New York Infantry in May 1861, only to be discharged from Company G the following September, having suffered from “tonsilitis and phthisis”. The latter ailment were the first indications of the tuberculosis that would plague him in the years to come. T.J. likely selected the 25th New York because of its strong Irish American credentials. The unit was commanded by Colonel James E. Kerrigan, a New York Democrat and prominent Fenian.(3) 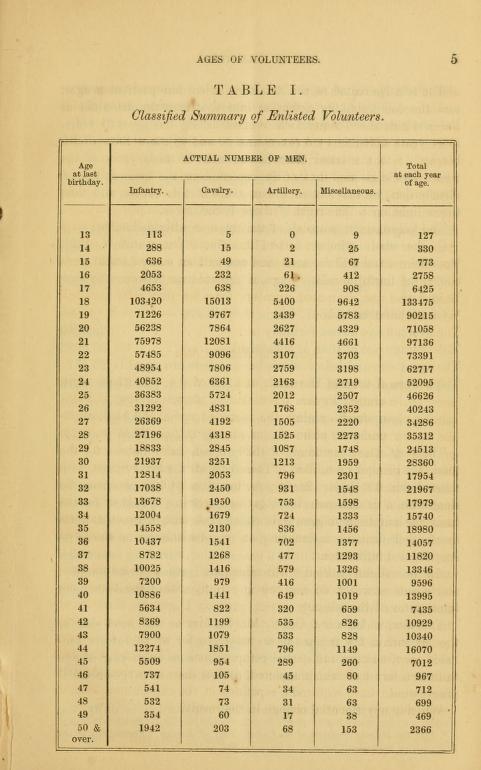 With his brief military career over, T.J. relocated to Washington D.C. where he began work with the Sanitary Commission. The 1863 draft registration records the then 25-year-old living at 588 I Street in the city. Given the eulogies that followed his time as Chief Clerk, he clearly excelled at his role, particularly in the period from 1863 to 1864 when he took on added responsibility. Tragically the illness that had forced him from the military also cut short his career in the Commission, and ultimately ended his life. (4)

When T.J. was in the final stages of his illness, he moved into the home of his friend, Daniel A. Brosnan, the sexton of St. Patrick’s Catholic Church in Washington D.C. Brosnan was himself a prominent Fenian, and this together with his war service suggests that T.J. may also have played a role in that organisation. The young Corkman died in Brosnan’s home at 4am on Easter Sunday, 31st March 1866, aged just 28. His friend informed the press of his demise, describing him as a “brilliant and patriotic young Irishman” (further evidence for his nationalist outlook). Obituaries were printed in Washington D.C. and New York, and T.J.’s death was also reported in Ireland. (5)

While acknowledged by his peers, the significance of T.J. O’Connell’s work with the Sanitary Commission did not translate into his long-term remembrance. Yet his role was undoubtedly one of the most significant and far-reaching of any undertaken by the wartime Irish diaspora, and deserve to be more widely known. I am keen to uncover more details concerning T.J.’s life in an effort to redress that imbalance. If any readers can shed any further light on his life and work, I would be most keen to hear from you. 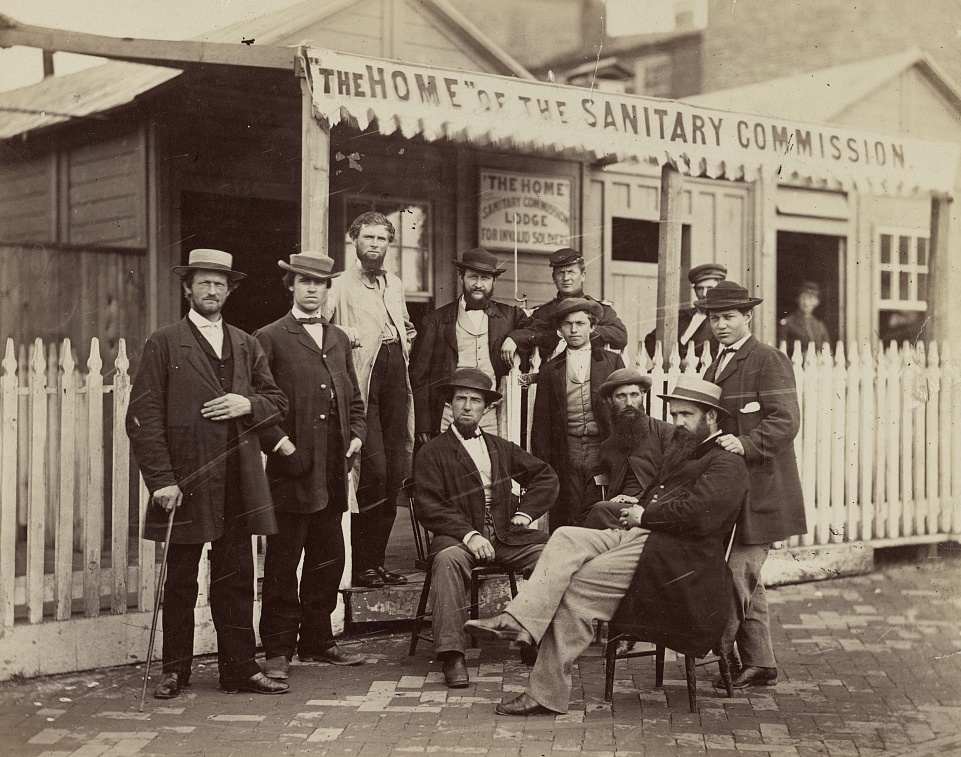 Benjamin Apthorp Gould, 1869. Investigations in the Military and Anthropological Statistics of American Soldiers.

For Faith & Freedom: Four Men who Served the Pope and their Adopted Nation