Exploring Panels from the Irish Medal of Honor Exhibition

Exploring Panels from the Irish Medal of Honor Exhibition

Over the course of the last few years I have been asked to provide historical advice and content for the Irish Veterans charity. One of their primary missions is to explore the experiences of Irish emigrants and the Irish Diaspora in foreign militaries. Earlier this year they launched their first exhibition, exploring Irish connections to the Medal of Honor from the inception of that award to the present day. I curated and prepared the exhibition for them, which remains free to view in the Irish Veterans gallery in Kinsale, Co. Cork (it is hoped in the future that the exhibit will travel). The centrepiece of the gallery is the original Medal of Honor of Irish-born Michael Gibbons, who earned his award during the Spanish-American War. Gibbons returned home to Ireland after his service, and his is the only known Medal of Honor which is today permanently resident in Ireland (still in the care of his family). Although there are numerous panels in the exhibition, I thought readers may like the opportunity to view the three that are most relevant to the time-period covered by the site. They deal with the Medal of Honor in the Union Navy, the Union Army, and the immediate pre and post war period. The gallery layout was designed by Brian Mac Domhnaill, while the graphic design of the panels was undertaken by Sara Nylund and Hannah Sims. I hope you find them of interest! 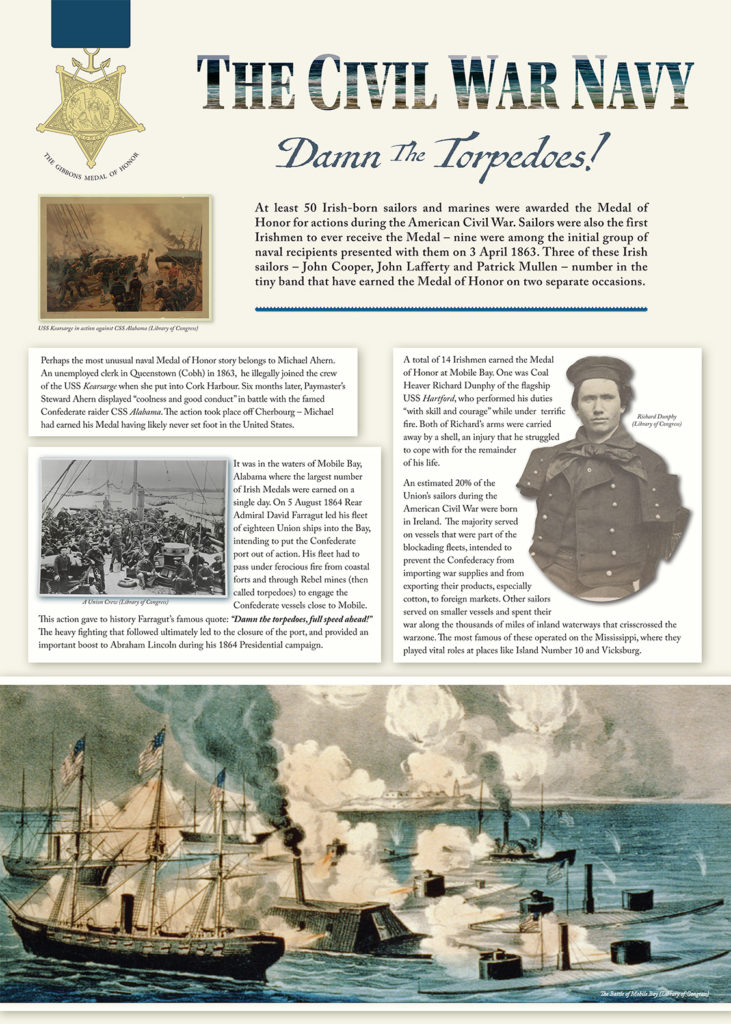 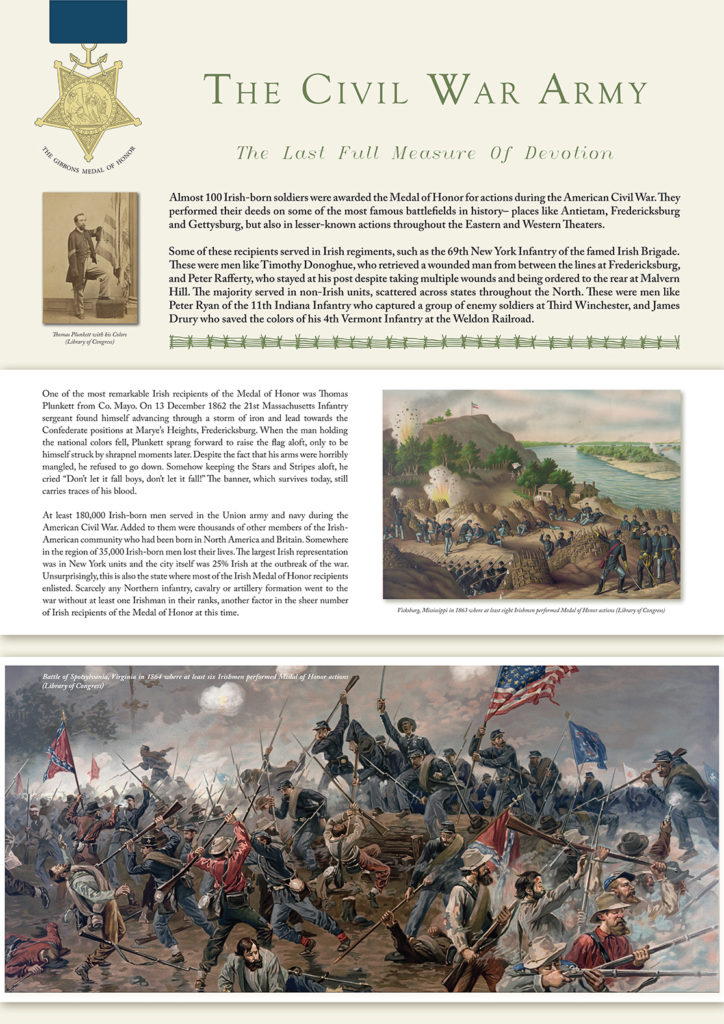 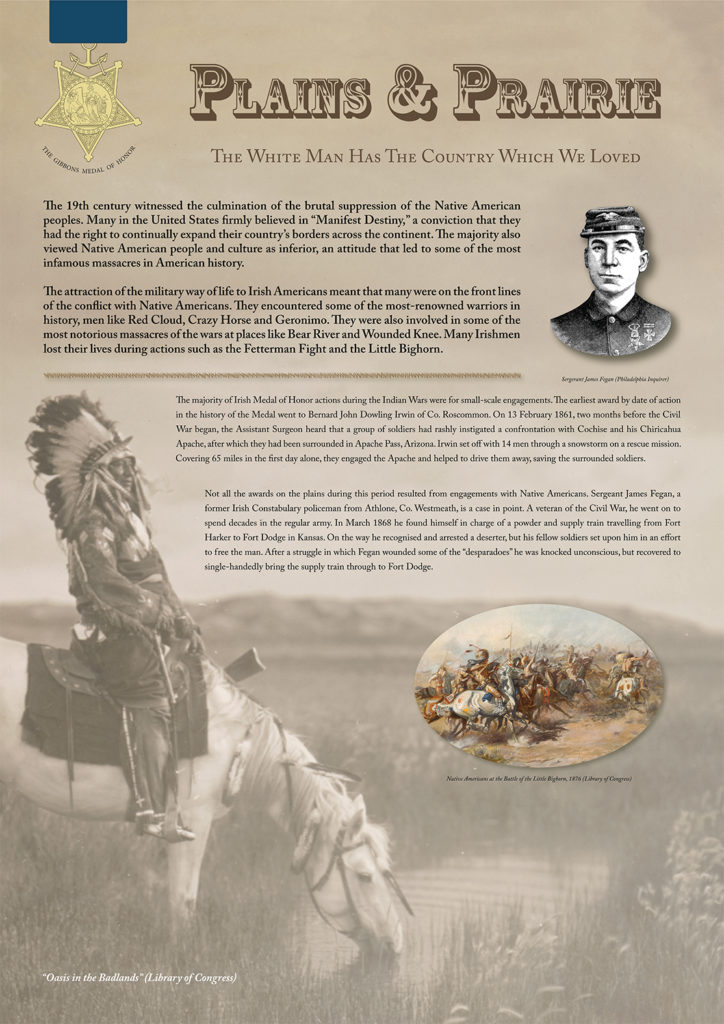