In 1860 one in every four people in New York was of Irish birth. The majority dwelt among the urban poor, congregating in notorious areas such as Manhattan’s Five Points. Their experience of the American Civil War was mixed, ranging from the highs of the organisation and departure for the front of the Irish Brigade and Corcoran’s Irish Legion to the lows of the July 1863 Draft Riots. Many had originally come from a rural setting in Ireland, quickly forced to adapt to the crush of humanity that was the reality of one the World’s major cities. How did they and their children adapt to their new surroundings? One way to explore this is by trying to find out how they chose to mark their bodies- particularly those who enlisted in the navy.

The Union naval service was one of the most popular branches of the service for those of Irish birth. Historian Michael J. Bennett estimates that 20% of the 118,044 sailors who served during the war were Irish. Many of those who became ‘Jacks’ enlisted at the New York Naval Rendezvous. On signing up their physical appearance was recorded, as were any identifying features on their bodies- including tattoos.

July 1863 was the month that the Draft Riots raged in New York. It was also a month that saw over 300 Irishmen from the city enlist in the navy, with tattoos recorded on 10% of them. Although tattooing has a long association with life at sea, in the 1860s it was also popular among the urban working classes. Indeed many of the tattooed men who joined the navy had no previous maritime experience. The best known tattoo artist of the period was Martin Hildebrandt, who was active in the city at the time. In 1876 the New York Times went to visit him in his workshop and describe the process of selecting a tattoo:

Mr Hildebrandt, with the true modesty of an artist, exhibited his book of drawings. All you had to do, in case you wanted to be marked for life, was to select a particular piece, and in a short time, varying from fifteen minutes to an hour and a half, you could, presenting your arm or your chest as an animated canvas to the artist, have transferred on your person any picture you wanted, at the reasonable price of from fifty cents to $2.50. 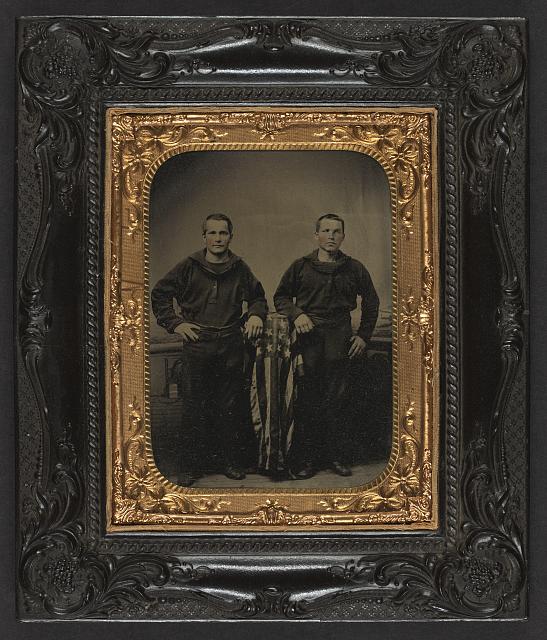 Union sailors during the Civil War (Library of Congress)

The quality of tattoo artists varied immensely, and it seems likely that many of the Irish recruits had been adorned by amateurs or even friends. In order to apply a tattoo the artist bound a half dozen needles together in a slanting form, dipped them into India ink or vermilion and then punctured the skin at an angle to execute the design. When finished any blood and excess coloring were washed off with water, urine or for the more fortunate rum and brandy.

What types of ‘ink’ had this immigrant community embraced in their new home? The most common design among the Irish recruits of July 1863 was the crucifix. These may have held religious meaning or been intended as an indication that the man wanted a Christian burial. Perhaps most commonly they were regarded as good luck. 24-year-old Laborer William Allan had decided to combine a cross on his right breast with a heart on his left, while 21-year-old Mariner James Coulter had a cross on his right arm and an anchor and heart on his left. Tattoos involving initials and names were also popular. Many were self-explanatory; John McCarthy had ‘J.Mc C.’ on his left forearm, Francis Murray ‘F.M’ on his right. Their primary function may have been to serve as a form of early I.D. tag in the event of mishap. Interestingly, some men carried initials that appeared not to be their own. James McGill had ‘A.P’ on his arm, while Robert Whilon bore ‘B. O’Brien’. These may have represented a loved one or suggest that the men were enlisting under a false name, a common occurrence during the Civil War. 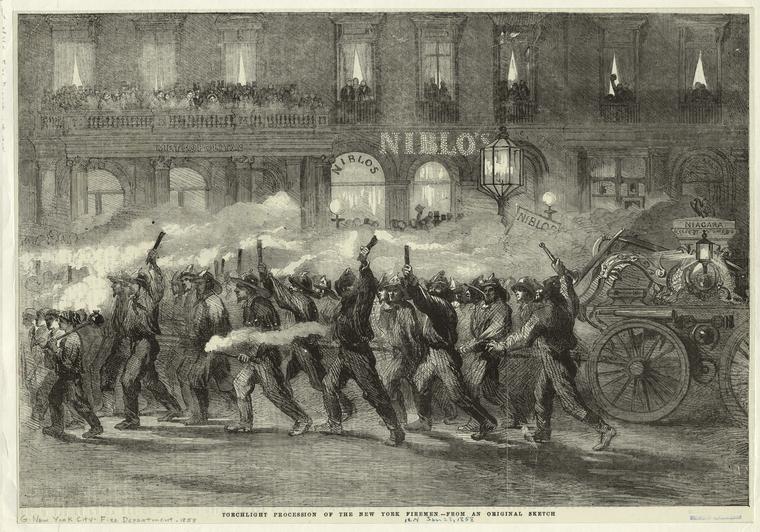 New York firefighters in 1857. Many firefighters eventually found their way into military service during the Civil War, and brought their tattoos with them (New York Public Library)

A number of the recruits sported anchors, the tattoo most quintessentially associated with sailors. While some in this group were former seamen, others such as 20-year-old Laborer Martin Auction and 25-year-old Machinist John Reilly had also selected this design, suggesting it held wider appeal. Aside from hearts, other symbols of love and lust included the women former fireman Peter Cahill carried on each arm, and the woman with the initials ‘I.C.’ that William McNally kept on his body.

Aside from a glimpse into the social side of Irish-born naval recruits, the tattoos also reveal another important outlet for the male Irish community of New York- the Fire Service. Four of the men had tattoos that appear to represent active Engine Companies in the city. These private companies competed with each other to put out blazes, often coming to blows as a result. They also played an important role in city politics, and many Irish Democrats sought to further their political ambitions through membership. 16-year-old William Carter had the number ‘12’ on his arm, probably representing the engine known as ‘Knickerbocker’, located at 112 East Thirty-Third Street, near Third Avenue. Fireman Patrick Holden had a tattoo of the number ‘13’. Engine 13, known as ‘Eagle’, lost their premises at the corner of Church and Vesey Streets in 1863, putting the company out of operation for two years. It is likely this event that inspired Holden’s enlistment in the navy. 22-year-old Laborer William Wogan wanted people to be in no doubt that his tattoo declared affiliation to a company. His ‘17’ was accompanied by the name of the engine ‘East River’, which was based at Goerck Street and served the Sixth and Seventh Districts.

New York Engine No.28 ‘Pacific’. Affiliation to specific fire companies was something Irishmen in New York had tattooed on their bodies (Our Firemen)

Details of these tattoos are only preserved as they were recorded by the Naval Rendezvous recruiters. There is no doubt that large numbers of working class men, particularly from cities like New York, went into all theatres of the war wearing tattoos. Rolling up the sleeves of men in units like the New York Fire Zouaves would undoubtedly have been akin to reading a record of their allegiance. From an Irish American perspective, their tattoos reveal something of how these men led their lives- their beliefs, their romances, their loyalty and perhaps also their attempts to integrate into the society around them.

*Thanks to Dr. Matt Lodder and Marc Hermann for providing information regarding this article.

**This is an adapted and revised version of a post which originally appeared on the site in 2013 (see here). 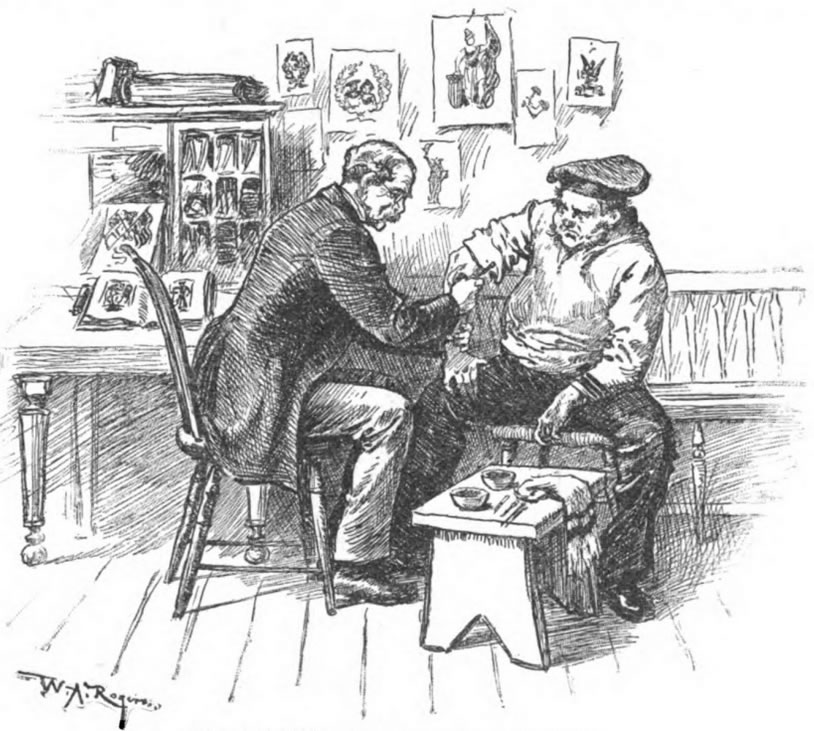