“I was to Him like a Brother”: Bonds between Irishmen in the Civil War

“I was to Him like a Brother”: Bonds between Irishmen in the Civil War

My current research on Irish service in the Union military is attempting to examine the experience of Irishmen and their families across the entire sweep of Northern arms. One interesting aspect emerging from the work is evidence that Irish and Irish Americans in non-ethnic Irish regiments tended to gravitate towards one another, often becoming tent mates and mess mates. In some cases these men had known each other prior to service, but others simply developed a bond with those of their own ethnicity. This was not, for the most part, a response to nativism; nor was it a sign that they were necessarily seeking to set themselves apart from the non-Irish in the regiment. Rather they were drawn together by a shared cultural identity, one which expressed itself in Irish American communities in towns and cities throughout the North. Historian Reid Mitchell has remarked how many Civil War troops viewed their regimental company “as an extension of the soldier’s home community.” Irishmen saw themselves as part of that wider company community, but also formed what might be termed “micro-communities” within them, made up of those with a shared cultural background. (1)

One company where this seems to have occurred was Company G of the 26th New York Volunteer Infantry. Known as the “Second Oneida Regiment”, Companies G and H (originally intended for the 13th New York) had been recruited in Rochester, home to a sizeable Irish population in Western New York. One of the recruits was 18-year-old John Gannon, a native of Co. Tipperary. John’s father had died during the Great Famine in 1849; by 1852 his mother had decided to take her children to America, where they eventually established themselves in the town of Evans, Erie County, New York. There is little doubt that they were chain migrants to the area. Among the other Irish in the locale were Sally O’Meara, who had known the Gannon family “all her life” and had attended the wedding of John’s parents in Ireland; Thomas Gannon, likely John’s uncle, who worked as a blacksmith in the Evans village of Angola; and Julia Boyle, who had been close to the family on the other side of the Atlantic. Another Gannon relation, Michael, lived further east in the city of Auburn and maintained close ties with them. Young John Gannon was part of this network of Tipperary emigrants; by 1860 he was working out on a farm with a younger brother some fifty miles from Evans, in the town of Pike, Wyoming County. By the May of the following year he was in Rochester, where he enlisted in Union service. (2) 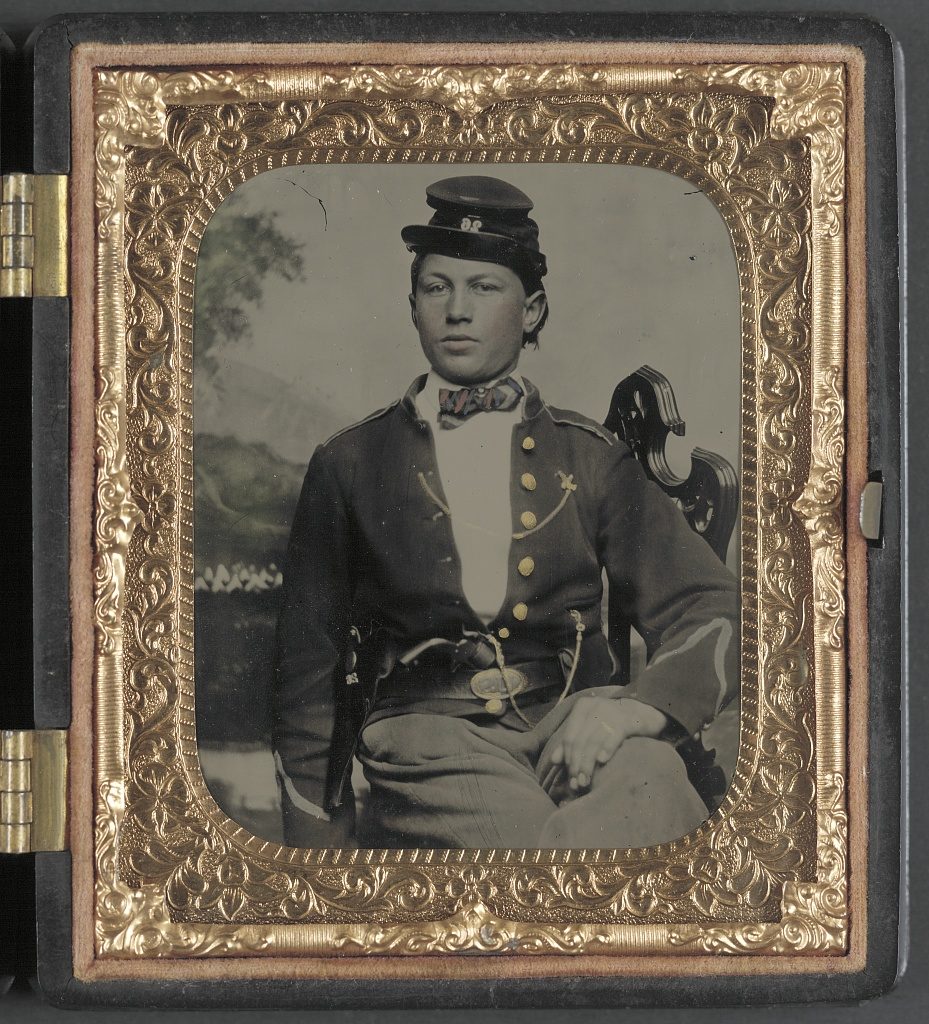 While John Gannon was engaged as a farm laborer in Pike, another Irishman, John Meehan, was making his home sixty miles away in Rochester. A number of years Gannon’s senior, he is likely the John Meehan enumerated as a tailor in Rochester’s Fifth Ward in 1860. He made his home with his Irish-born wife Catherine and their New York-born children John (6), Thomas (4) and George (1). There is no evidence that Gannon and Meehan knew each other. They probably met for the first time on the 2nd May 1861, the day both of them enlisted in the same company. The two were soon fast friends. (3)

Few–if any– battles of the American Civil War created such havoc for the future pension claims of Irish American dependents than the Second Battle of Bull Run. Union defeat–combined with the confused nature of the fighting– meant that widows and dependent parents struggled to prove their husbands and sons had died there. Aside from the absence of a body (as the Union did not hold the field), many soldiers simply had not seen their comrades fall, and therefore could not provide definitive affidavits to that effect. Even for Second Bull Run, the experience of the 26th New York Infantry was especially confused. With the Confederates swarming towards Chinn Ridge on the evening of 30th August 1862, the brigade of which the 26th formed a part (Tower’s 2nd Brigade, 2nd Division, 3rd Corps) were fed into the maelstrom in an effort to stem the tide. Before they even had an opportunity to get into position, the fire to which they were subjected threw them into chaos. Though the men did fight, they did so without any recognisable organisation. Eventually the brigade, overpowered by fire from both front and flank, and having sustained nearly 50 percent casualties, broke. Though some reformed a few hundred yards to the rear, it would ultimately be the Confederate’s day. One of those who had fallen into Rebel hands was John Meehan. John Gannon had simply disappeared. (4) 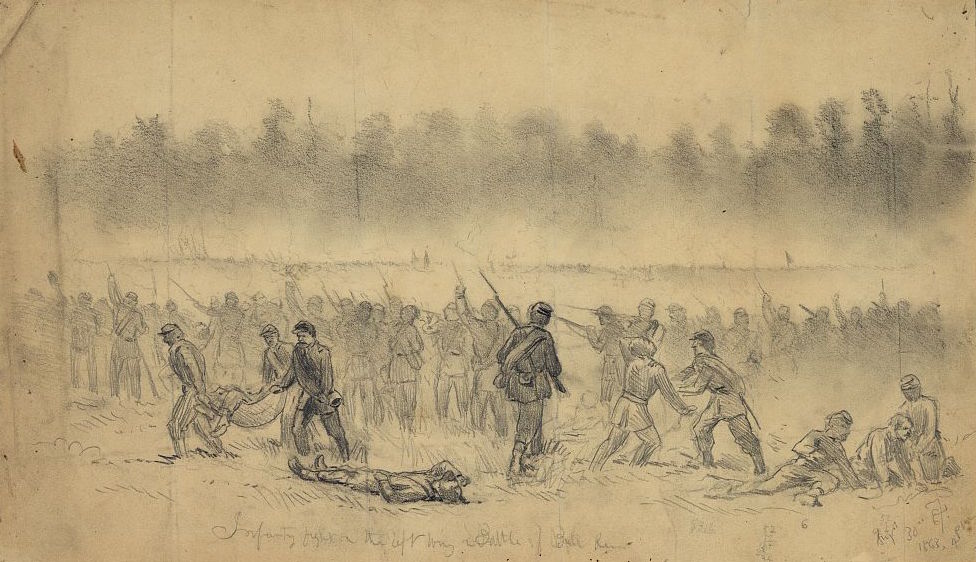 John Gannon had turned 20 the month before Second Bull Run. While his family were left to wonder as to the Tipperary emigrant’s fate, John Meehan was carried into captivity. He was paroled that September and eventually returned to the regiment. Nearly 8 months after the fighting at Second Bull Run, he penned the following letter to John Gannon’s mother:

The impact John Gannon’s loss had on Meehan is clear to see. So too is the relationship they had developed during their service. This type of close association between Irish soldiers (and sailors) in non-ethnic units recurs again and again. Though their “Irishness” is rarely referenced, it is clear that it was their shared cultural background that served as an initial agent to draw the men together. John Gannon’s mother would go on to receive her pension. As for John Meehan, he mustered out with the 26th New York after two years service, and decided to enter the 14th New York Heavy Artillery in July 1863. He rose to Sergeant, was reduced to the ranks, and eventually deserted at Bedloes Island, New York on 9th October 1864. (6)

Hennessy, John 1993. Return to Bull Run: The Campaign and Battle of Second Manassas.