Photography Focus: A Rare Image of Thomas Francis Meagher and the Men of Bull Run

Photography Focus: A Rare Image of Thomas Francis Meagher and the Men of Bull Run

I was recently looking through some of the excellent images made available by the J. Paul Getty Trust when I came upon this striking stereograph view. The original label describes it as “Gen. Thomas Francis Meagher, surrounded by a portion of his command.” It is No. 2052 of the War Views: Army of the Potomac series published by E. & H.T. Anthony & Co. at 501 Broadway, New York. The image is rarely used, which is somewhat surprising given the strength of the composition. Despite the title, examination of the men clearly indicates that this is Thomas Francis Meagher before he was a General. Both his uniform and those pictured with him give it away– this is Thomas Francis Meagher as an officer in the 69th New York State Militia, surrounded by 69th New York zouaves of his Company K. Though the Getty catalogue entry dates the image to 1862-1864, this was exposed in the summer of 1861, likely in Virginia just prior to the Battle of Bull Run. The significance of this photograph has been recognised before, most notably by historian Joseph Bilby in The Irish Brigade in the Civil War. The high-resolution version provided by the Getty Trust presents us with an opportunity to examine it in close detail, a rare chance to see the faces of some of the ordinary men of the 69th who participated in that momentous engagement on 21 July 1861. We are left to wonder which of them were still standing afterwards.

The original stereoscope view of Meagher surrounded by his men. The tents in the background suggest this may have been taken in Virginia prior to the First Battle of Bull Run (The J. Paul Getty Trust) 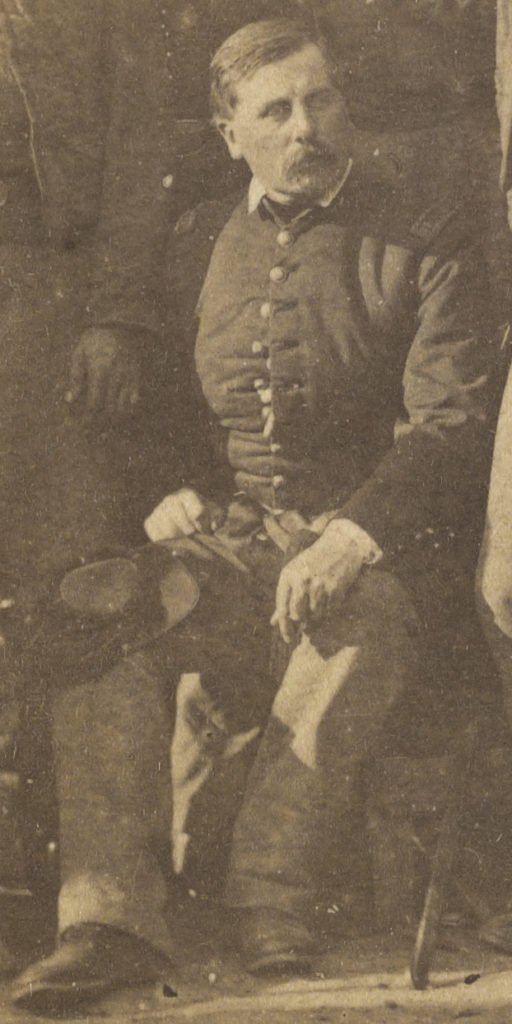 A close up of Thomas Francis Meagher. His rank-insignia is clearly that of a Captain (The J. Paul Getty Trust)

Faces of the Battle of Bull Run. A detail of some of the men surrounding Meagher. Many, if not most of these men would have been born in Ireland, and many, if not most, would have been Famine emigrants from the island. The “69” on their caps is clearly visible, as is a white Havelock (left), which some of the 69th New York State Militia wore at Bull Run (The J. Paul Getty Trust) 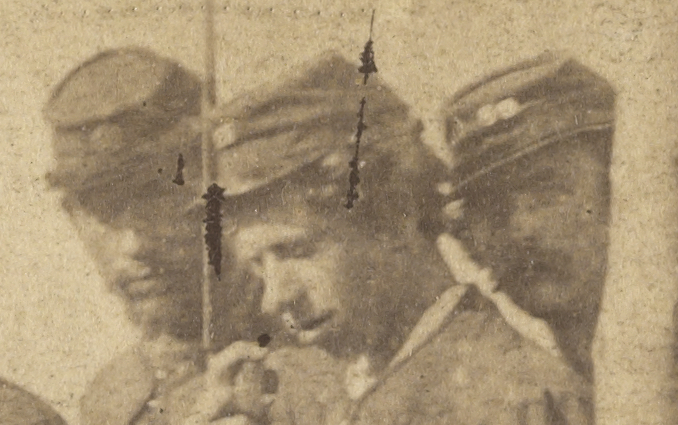 Another detail of some of the Irishmen’s faces, with the “69” on their kepis (The J. Paul Getty Trust)

A focus on one of the 69th Irishmen. His uniform is clearly that of one of the Company K Zouaves. His blue Zouave jacket bore red embroidering (The J. Paul Getty Trust)

Another close-up of one the 69th Zouaves in his distinctive jacket. This image provides us with what is surely the best view of ordinary members of the 69th New York State Militia at the time of Bull Run yet known (The J. Paul Getty Trust) 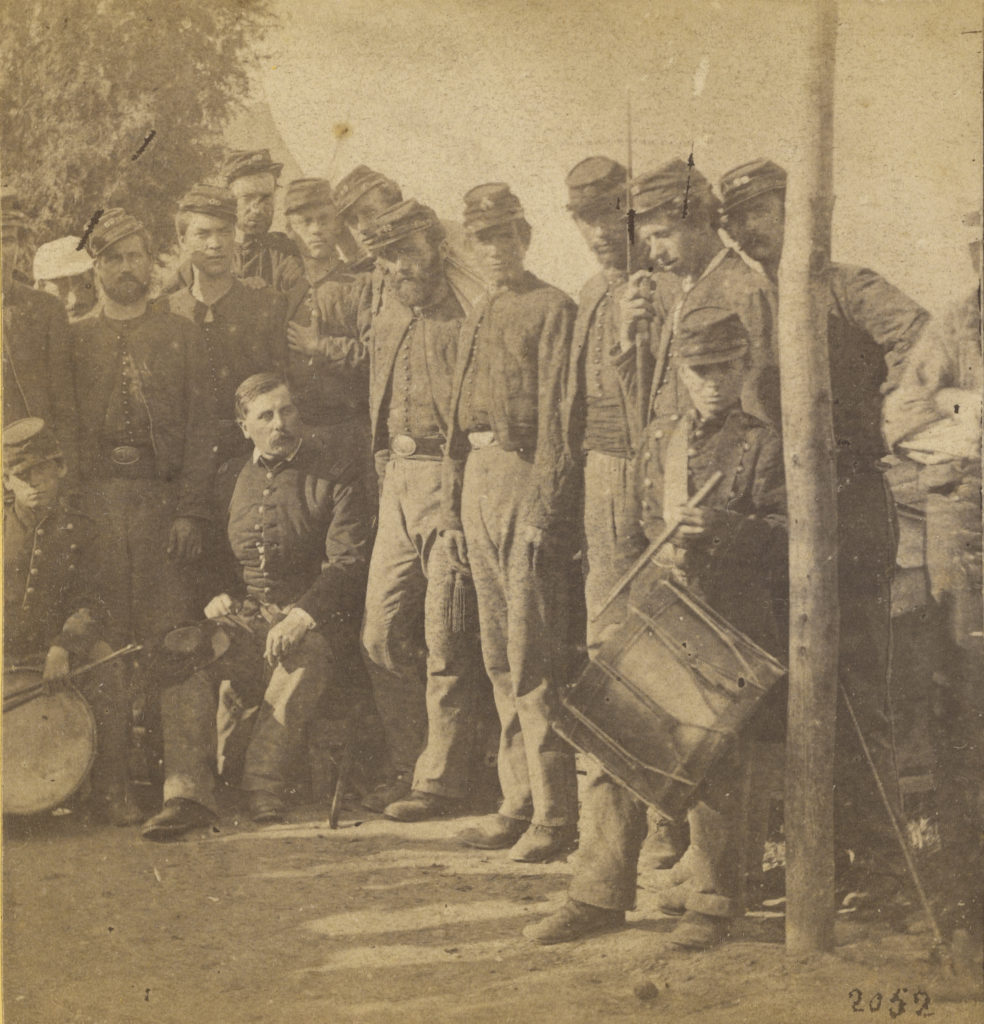 A detailed view of the overall scene (The J. Paul Getty Trust)

*I am grateful to Harry Smeltzer of the excellent Bull Runnings for his assistance and advice with this post, together with historians Joseph Bilby and Catherine Bateson.