Guest Post: Finding a Window into My Past…And Bringing a Fistful of Letters to Life

Guest Post: Finding a Window into My Past…And Bringing a Fistful of Letters to Life

As regular readers are aware, I devote the bulk of my research time to the study of letters written by Union Irish soldiers during the American Civil War. As many of the stories on the site demonstrate, these documents are often extremely evocative and emotive, opening for us a small window into the lives of people whose existence was touched by both mass emigration and violent conflict. Rare indeed is the individual who is fortunate enough to read such letters in the knowledge they are tracing the words of a direct ancestor. Ellen Alden is one such individual. It is a testament to the power these letters retain that reading them set Ellen on a journey of her own– one that both led her back to Ireland and to take up her own pen, publishing a historical novel based on her Great-Great-Grandfather’s letters and life. She joins us for a guest post, describing that journey. 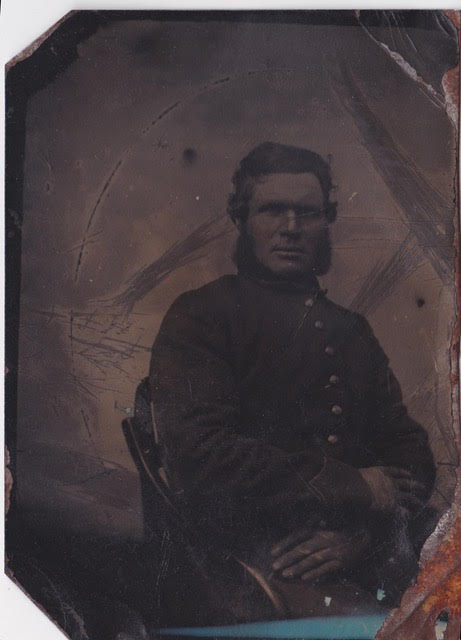 Florence Burke of the 37th Massachusetts Infantry. Ellen Alden’s Great-Great-Grandfather– his letters inspired her to write a novel based on his family’s life (Ellen Alden)

Searching for a photo in my attic led me to discover an old leather box filled with tin-type photos and 19 American Civil War letters written from my Irish immigrant great, great grandfather Florence Burke, to his wife and children back home in western Massachusetts. The letters are raw, compelling and heart-breaking. They describe the atrocities of war and paint a portrait of a desperate Irish immigrant father trying to aid his impoverished family. Florence Burke wasn’t alone in joining the American Civil War. It is estimated that 150,000 Irishmen fought for the North and about 20,000 enlisted for the South, many incentivized by Lincoln’s Draft Law. That was the case for Florence Burke. He was propositioned by a wealthy banker who offered him $300 to purchase a piece of his land in exchange for his service. It was an offer my great, great grandfather could not refuse. He would achieve the American dream and hopefully turn his misfortune around.

In January of 1864, 37-year-old Florence Burke joined the Union Army and bought a small plot of barren farmland for his wife and children. He trained for 3 weeks in Boston before being mustered to the Virginia battlefields. His 19 beautifully written letters have been preserved for over 160 years and they reveal an extraordinary real-life story of an Irish immigrant family struggling to survive in their new country. I was deeply touched by the letters and they inspired me to research the past and to discover my roots in Ireland. 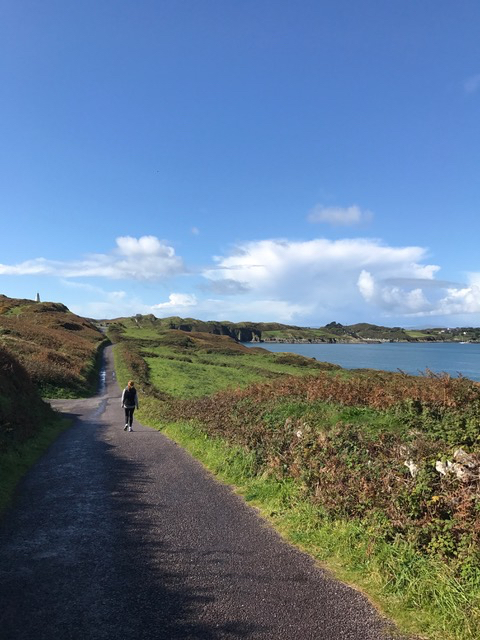 Ellen on her journey in Ireland (Ellen Alden)

I travelled to the Emerald Isle in the hopes of uncovering the backstory of Florence and Ellen Burke, and to follow their footsteps leading to their eventual emigration. Unfortunately, I was met with numerous road blocks along the way and I couldn’t find the information I wanted through church records and official town documents. County Cork is a vast area and my photos and family names were not recognized in the towns and cities that I visited. I would have considered the trip a great disappointment if it had not been for a random stop in a tiny village called Ballinhassig, in Cork. It was there that I met John L. O’Sullivan, a local historian who taught me about 19th century Ireland, specifically the Potato Famine, and offered to review my manuscript for historical accuracy once I began the writing process. It was at that moment that I had decided to write my novel in the historical fiction genre because I knew that whatever information I couldn’t dig up, I could fictionalize based on real events in history. I would call it Yours Faithfully, Florence Burke, because that is how my great, great grandfather signed most of his war letters. I ended up using Ballinhassig as the village where Florence and Ellen lived—but I have consequently discovered that they were from West Cork, Schull to be exact. The highlight of the trip was the realization that my ancestor’s life was even more tragic and interesting than I first thought; Florence and Ellen Burke lived through two historic time periods on two different continents.

After a year of additional research, a year of writing and a year of rewriting with a NYC editor, I finally published my book in May of 2016. Since the launch I have been surprised by the places this book has taken me– I’ve presented the story and original letters throughout New England and beyond. Colleges, museums, Irish organizations, genealogist and Civil War groups are fascinated by the first-person account of an Irish soldier in the American Civil War. I’ve made my way to Ireland as well. This past September I was invited to Dublin to view a Famine Exhibit in which Florence Burke was featured. Remarkably I ended up appearing on the RTE News (Ireland’s national broadcaster) as they were promoting Culture Night events and I was presenting my book in Skibbereen and Cork on Culture Night. My trip to Ireland was profound because I finally visited my ancestral town of Schull and viewed famine-related museums, exhibits, sculptures, grave sites and ships. These haunting places have left an indelible mark on my soul.

The story of Ellen and Florence Burke, told through my novel, will be passed down to my children in the hopes that they will understand the sacrifices of their first-generation Irish ancestors. My great, great grandfather’s Civil War letter collection will soon make its final appearance in the Burns Library at Boston College. I am donating them to the prestigious archival library because I’ve observed that they are beginning to fade and deteriorate. I know that Boston College has the facility to professionally preserve the letters and keep them in excellent quality for years to come. Additionally, because the letters will be digitized, they will be available to researchers and students worldwide. Parting with the letters will be difficult, but I feel confident that my Irish ancestors would be honored to find themselves immortalized at one of the finest Irish Studies institutions in the country.

The journey of tracing my roots and bringing the letters to life has been an unexpected venture. But the moment I opened the old leather box and read the letters I felt compelled to bring my ancestors to life through a novel, and to share their remarkable story. Writing in the first person allowed me to create a strong connection to them as I told the story through their eyes. My Irish ancestors suffered greatly and sacrificed themselves for the betterment of the next generation. Although they did not receive honor in their life time, my hope is that they will be honored when people read their life story.

While in Ireland, Ellen described Florence’s story to Ronan McGreevy of the Irish Times. You can see the video above.

You can visit Ellen’s website and find out more about her work at ellenalden.com.

Ellen’s official donation of Florence’s letters to Boston College’s John J. Burns Library takes place on Wednesday 31st January 2018 at 7pm. The ceremony is co-sponsored by The Eire Society of Boston, and is free and open to the public. Ellen will be discussing her novel and will play a recorded excerpt from the letters read by WROL radio host Seamus Mulligan, along with music and images of the Civil War. She will also discuss her research and writing journey, with the program concluding with the formal presentation of the letters and an acapella rendition of “Isle of hope, Isle of Tears” performed by Jule Zavri. The event will be followed by a reception, and copies of Ellen’s book will be available for purchase and signing. You can find more details of the event here. 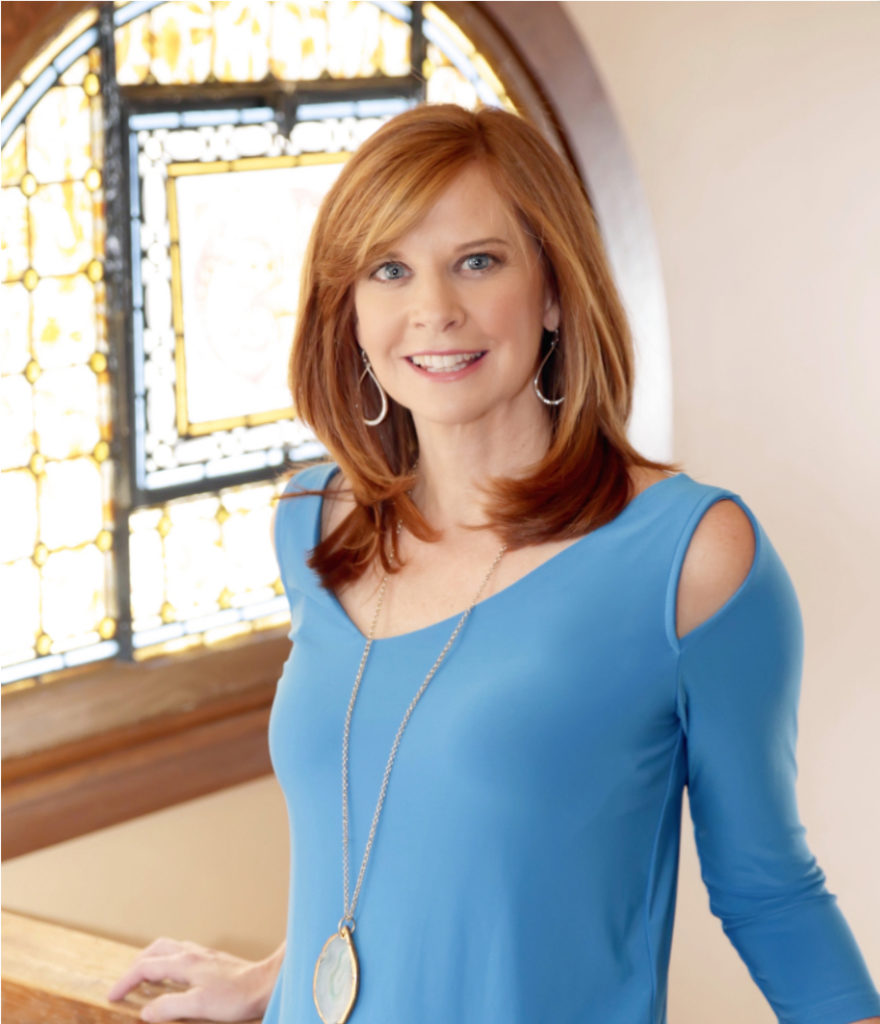