“My Wife & Five Children is to be Starved”: An Irish Veteran Failed by the United States

“My Wife & Five Children is to be Starved”: An Irish Veteran Failed by the United States

The 1893 Act of Congress that halted Civil War pension payments to non-residents of the United States who could not prove their citizenship is a topic I have explored frequently on previous occasions (see for example my book The Forgotten Irish and The Pension Crisis of 1893 which I wrote for the Clara Barton Museum). Although it proved a short-lived measure, unsurprisingly it caused a mixture of despair and consternation among pensioners living outside of America. This did not only impact dependents, but also many former servicemen– servicemen who were not shy about expressing their outrage. One of them was John Egan, a native of Co. Laois, who had been Quartermaster of the USS E.B. Hale during the Civil War. 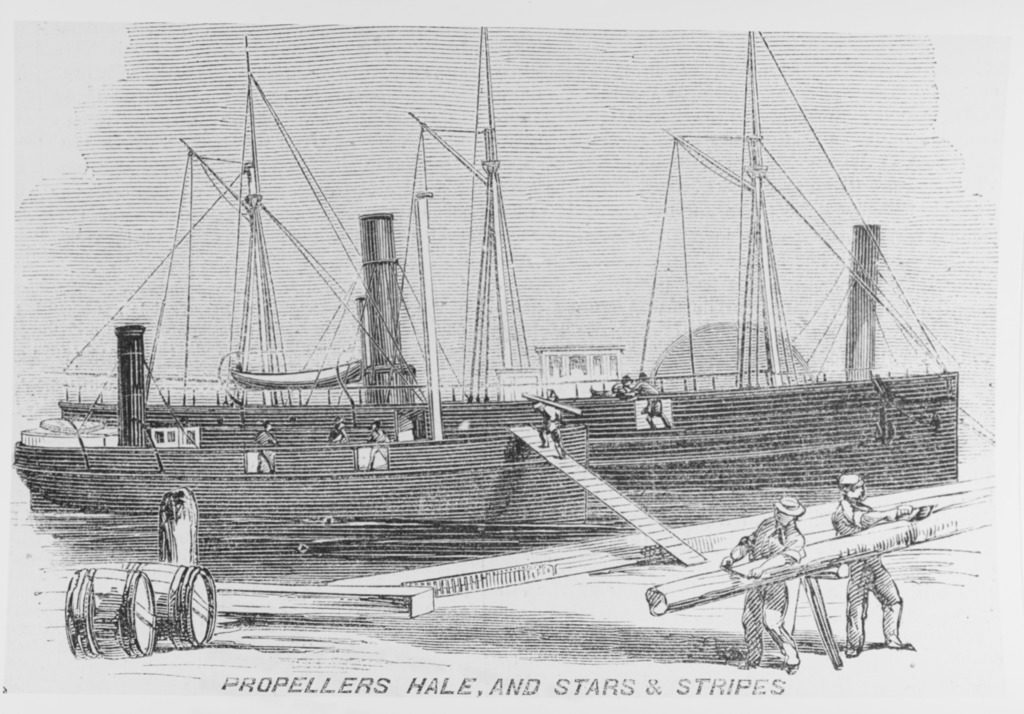 John Egan was born in Co. Laois on 21st December 1838 to John Egan and Ellen Cosgrove. His subsequent history would suggest that his family may have emigrated to England in the 1840s, as John would spend much of his life based around Liverpool. By his own admission, John was a deserter from the Royal Navy. He was serving on a Royal Navy warship in Nova Scotia when the Civil War commenced, and he took the decision to leave for the United States. On 26th December 1862 he became a Union Jack Tar in New York, erroneously being recorded as of English-birth (a further indication that he may have spent substantial time there). He served aboard the gunboat USS E.B. Hale until January 1865, spending his war as part of the South Atlantic Blockading Squadron. Discharged on 14th February 1865 in Philadelphia, at some point afterwards John returned to England, where on 17th July 1888 he married Ellen Diamond in St. Peter’s Catholic Church, Liverpool (it seems likely Ellen was his second wife). As we see so often, Ellen was also Irish, an indication that John retained strong links to the Irish community in Britain.The couple spent some time in Winnipeg, Manitoba, where their first son was born, but before long returned to make their home in Toxteth Park, Liverpool, where John worked as a shipyard labourer. From 1890 John enjoyed a monthly pension based on his Civil War service, but it was a benefit that would prove short-lived. In the late summer of 1893 he received the following communication from the Department of the Interior: 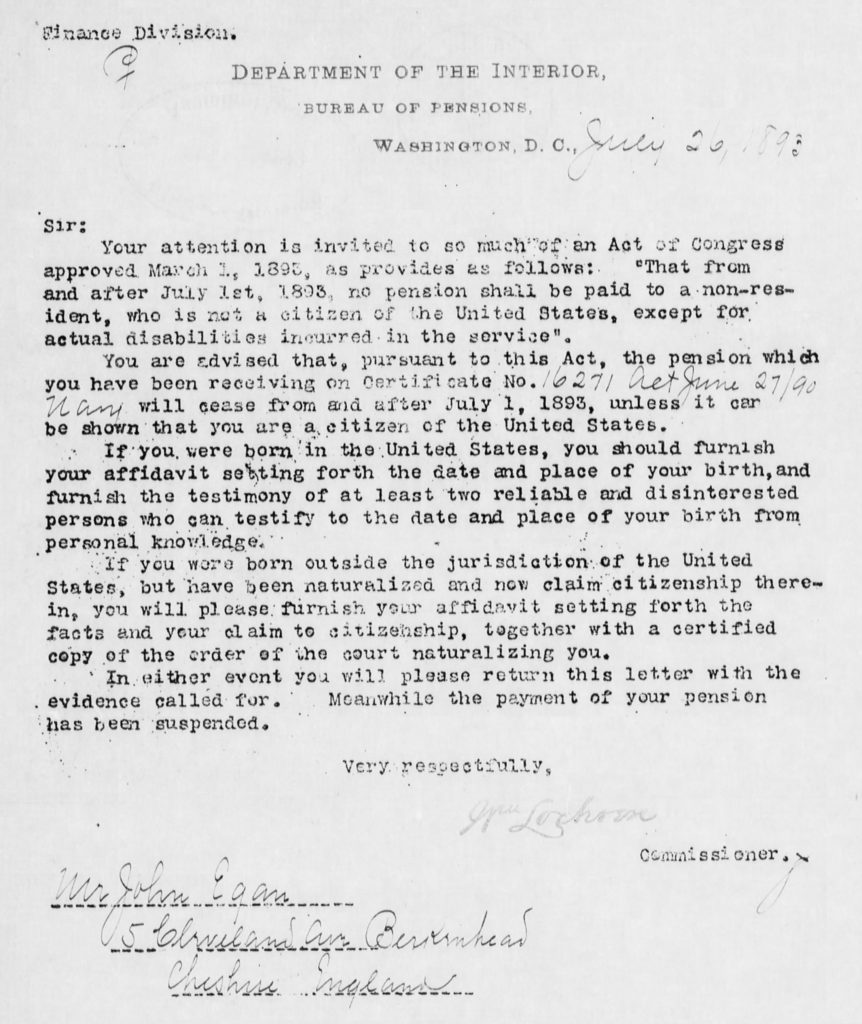 The 1893 letter to John Egan which informed him his pension would be stripped unless he could prove his citizenship, regardless of his service (NARA/Fold3).

John’s reaction to this letter must surely have been one of extreme anger. The family’s file demonstrates that they were in a constant battle with poverty, and now they were to be stripped of what they no doubt regarded as their rightful fruits of John’s service to the United States thirty years earlier. On October 3rd he crafted this indignant response:

Sir, I wish to know if my wife and five children is to be starved here for not having citizen papers. Pray who do you call citizens but men that volunteered their services when the nation was almost torn to pieces by her enemies. I was in the services of another nation at that time and the support of an aged mother. The ship I was in was an 91 gun war ship in halifax harbour Nova Scotia orders come to be ready for war with Amarica. I left that ship and two years pay and joined you. Well Sir don’t you think I am worthy to be a citizen this was the time Slidell and Mason was taken from Mail Steamer Trent. Sir would you be kind enough to give me a passage out to get employment in the States everywhere I go I am asked if I am an naval reserve man and because I am not I can’t get work the only thing for me is the workhouse if you do not assist me out. An early answer will oblige.

John’s letter walks a line between condemnation and appeal, two features common to much of the correspondence written by European pensioners in response to the Act. He makes sure to highlight the dire straights he and his family would be in as a result of the suspension of payments, while at the same time seeking aid to travel to America to improve his situation. He also notes that his decision to support the Union in the 1860s was still having a major negative impact on his life, as he was not in the Naval Reserve (another indication that he likely deserted) and so could not secure work. John may have been somewhat overstating his ideological drive to abandon the Royal Navy in favour of the American Republic, but he was understandably attempting to leverage as much emotional capital as he could. Interestingly he also referenced the Trent Affair, the major diplomatic incident in late 1861 which caused major frictions between the United States and Britain (you can read more about it here).

As with all the other pensioners, John’s payments were ultimately reinstated. He appears to have taken decisive action in order to insure there would be no further risk to his entitlements, making the decision to relocate to the United States. By 1894 he was Washington D.C., probably part of an initial effort to get his payments reactivated. He then moved his family to Philadelphia, where he would work as a Junk Dealer. He and his wife went on to have a total eight children, six of whom survived to adulthood. They never appear to have fully escaped their financial precariousness; when John was medically examined in the late 1890s he was variously described as “poorly nourished” and “rather emaciated.” Despite this, Quartermaster Egan of the E.B. Hale ultimately enjoyed a long life, passing away in his adopted country on 27th April 1927. He is buried in Philadelphia’s Holy Cross Cemetery. 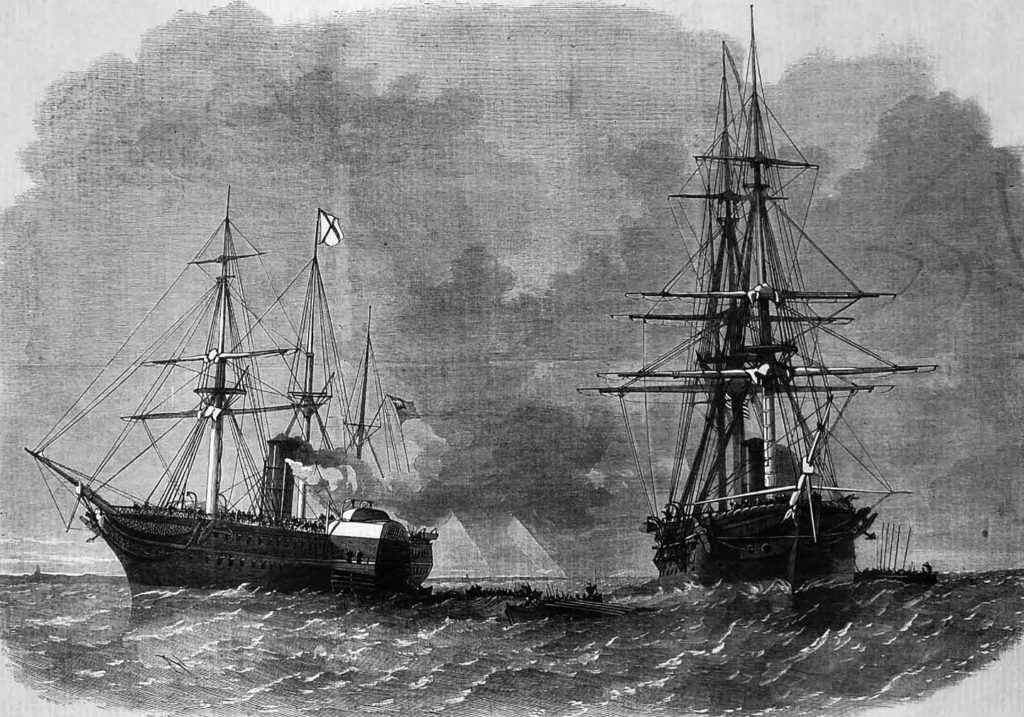 The USS San Jacinto intercepting the RMS Trent on 8th November 1861, prior to taking into captivity two Confederate representatives aboard. An incident which caused major diplomatic fallout and which John Egan referenced in his 1893 letter of appeal (Illustrated London News)