As some readers will be aware, I recently carried out some extensive research into those Irish women who married U.S. Naval personnel based in Ireland during the First World War. Much of that work was initially based on my review of ‘War Brides’ identified through their application for U.S. passports at consulates in Ireland and Britain. I have been very pleased that the research recently made the cover of History Ireland magazine, and that I have had the opportunity to speak on the topic at both the Winning the Western Approaches conference in University College Cork and to graduate students of New York University’s Glucksman Ireland House. However, the major output for the work thus far has been the exhibition on the women’s portraits that has been running over the last few months at the Sirius Arts Centre in Cobh, Co. Cork. This formed part of the centenary events marking the 100th anniversary of the American arrival in Ireland in May 1917. The exhibition, which has recently concluded, would not have been possible without the fantastic assistance of the U.S. National Archives, who expertly scanned the images I identified, as well as the Sirius Arts Centre itself, particularly Brian Mac Domhnaill and Miranda Driscoll. Funding for the display was graciously supplied by the Port of Cork. The exhibition featured twenty portraits selected from among the ‘War Bride’ passport applications, but an integral part of it was the exhibition booklet, which featured a synopsis of the research I had carried out on each of these women. Now that it has concluded, I wanted to share the information it contained with anyone who may be interested in it. To that end, readers can access the full booklet by clicking here, or on the image below. Discussions are currently underway for the exhibition to move on to other venues, which I hope will come to fruition over the coming months as we seek to spread the stories of these fascinating women as widely as possible. 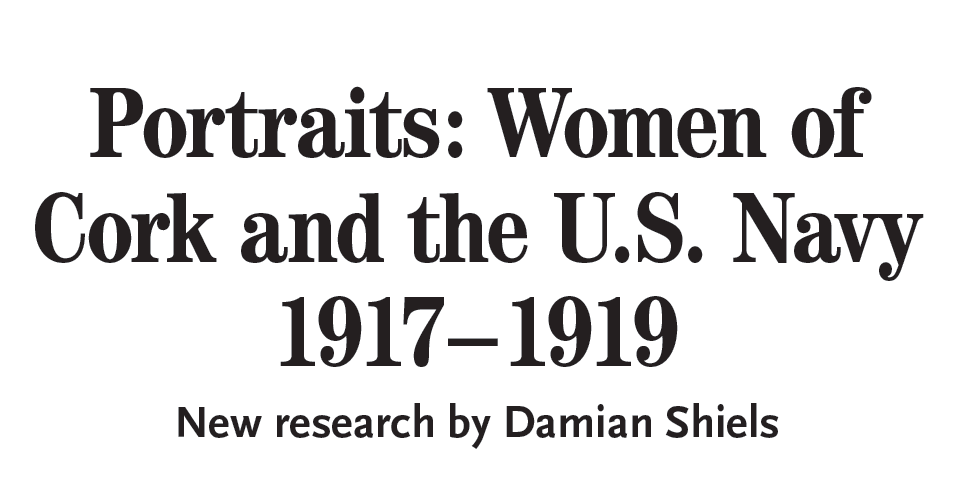