I have recently moved to Newcastle-Upon-Tyne in the North-East of England in order to pursue PhD research into the Irish of the American Civil War. In my first days here, I have been looking at local connections to the conflict. One way to do this is to examine American Civil War veterans who are buried in local cemeteries. So far I have identified three, one of whom– George H. Bell– earned a Medal of Honor for his actions while in the Union Navy. I will be returning to George’s story in a later post, but for now wanted to take a brief look at the two others, whose graves I have just visited. Interestingly, both have links with Ireland and/or Irish service. 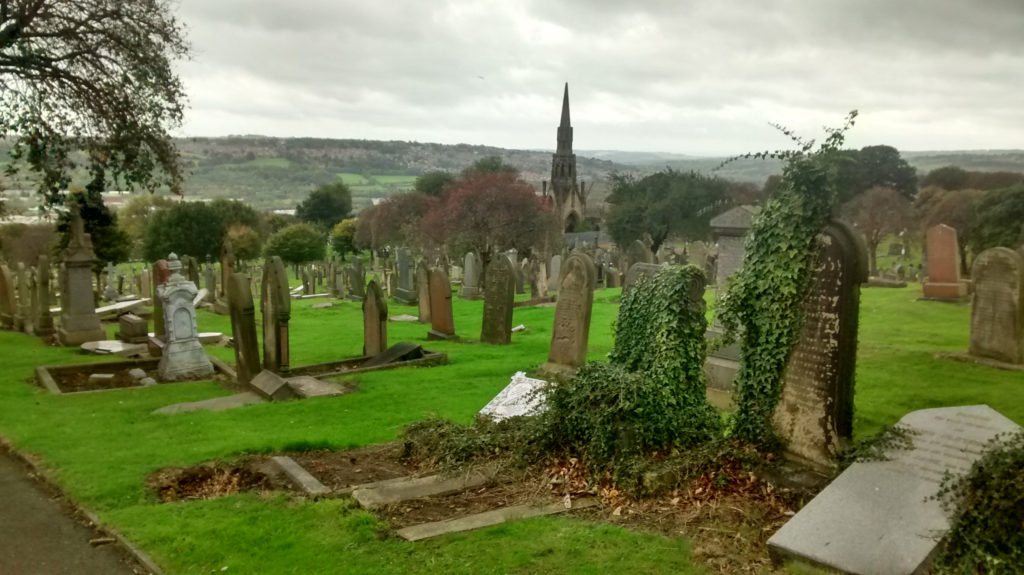 St. John’s Cemetery is in Elswick, part of Newcastle’s West End. The eight hectare site opened in 1857, and contains many beautiful graves and two mortuary chapels, all dramatically located on high ground on the north bank the River Tyne. Unfortunately it is in a state of considerable disrepair, with the buildings currently sealed off. I visited the site in search of the grave of Medal of Honor recipient George H. Bell, who is interred there, but by chance came across a completely different American Civil War veteran. U.S. military headstones are distinguishable from those of the Commonwealth Wargraves Commission by virtue of being slightly taller and slimmer, and so even at a distance it was clear that this grave marked the resting place of former American servicemen. As I approached, I saw the memorial was inscribed “PHILIP LEGERS, CO. C, 32 MASS INF.” (1) 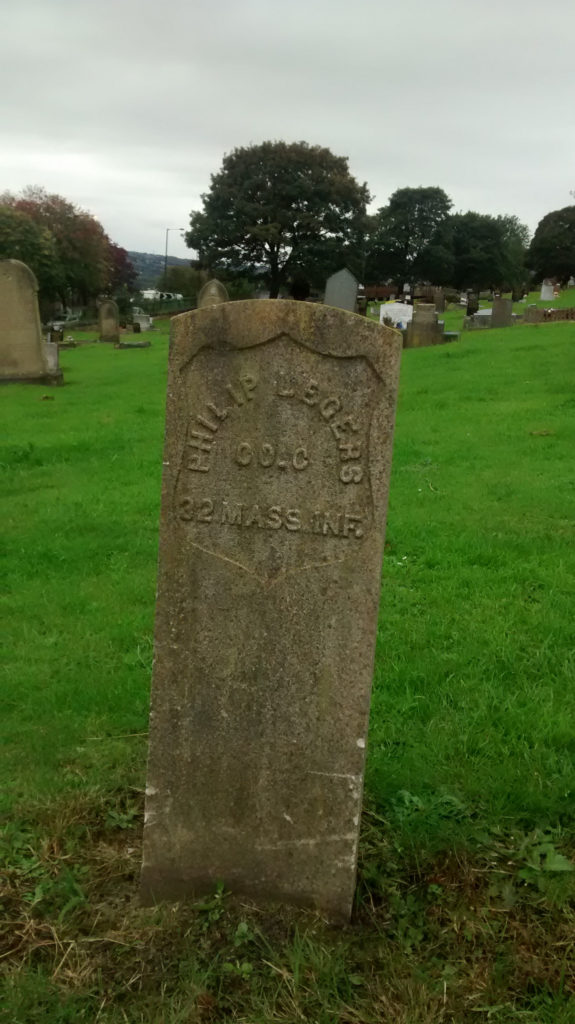 Philip Legers was not a native of Newcastle, or even of England. He was born in St. John, New Brunswick around 1843, and by the time of the Civil War was a sailor. In 1863 at the age of 20, Philip decided to take advantage of the money available to those who were willing to become a draft substitute. On 19th August 1863 he officially stepped in to fulfil the martial responsibilities of Samuel H. Prentiss, an American-born Master Mariner in his early thirties who lived in Marblehead, Massachusetts. Whether Philip was living in America at the time, or travelled to the country with the express intent of enlisting is unknown. Upon his enrolment, he was described as having blue eyes, dark hair, a dark complexion and standing 5 feet 3 inches in height. The unit he was assigned to was Company F of the 9th Massachusetts Infantry, an ethnic Irish regiment. He would have entered the Overland Campaign with them, and presumably experienced the horrific fighting they endured at Saunders’ Field during the Battle of the Wilderness (you can read about their participation here). The Irish 9th mustered out of service that June, and it was at this point that Philip was transferred to Company C of the 32nd Massachusetts. Initially, he did not serve directly with his regiment, but was detached to the divisional train (of the 1st Division of the 5th Corps). He suffered from recurring illness through the latter part of 1864, but was back with his unit in 1865, and participated in the Grand Review in Washington D.C. before his discharge. Philip was mustered out on 29th June 1865. (2) 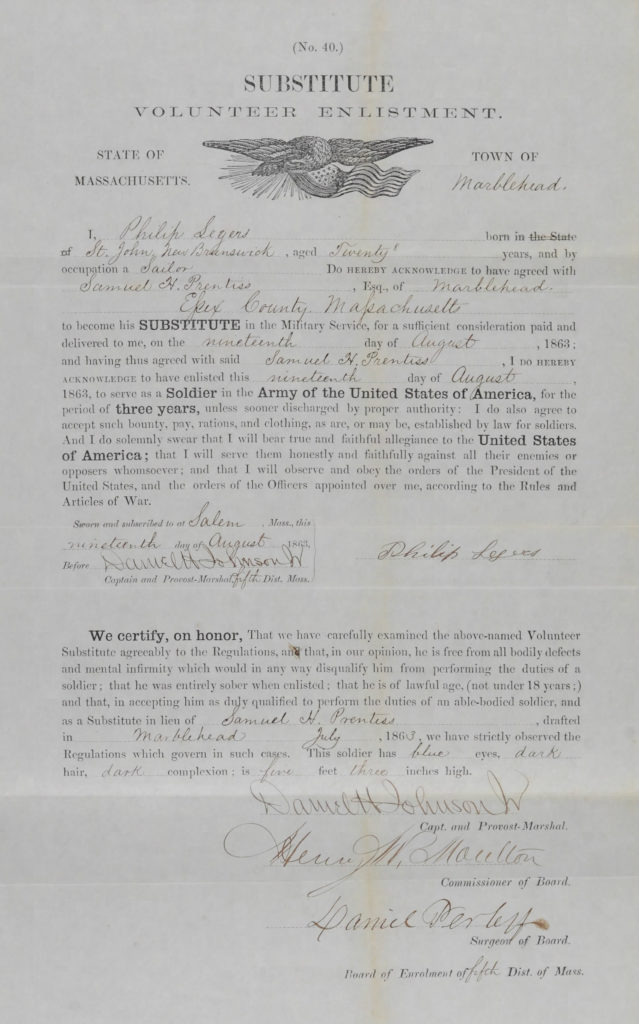 Philip may have seen further naval service after the war (there is a man of that name who enlisted in the 1870s), and appears to have lived in New Jersey when he filed for a pension in 1895. In 1911 he is recorded on the English census as Phillip Legers White, working as a shipwright in the Ordnance Works and living in Elswick. Perhaps it was his wife Elizabeth who caused him to move to the North-East, as she had been born in Haltwhistle, Northumberland. By then the couple had been married for 22 years, and had a total of four children, one of whom had died. They had been born in Newcastle and lived at home– they were Rhoda, a Confectionary shop assistant, Phyllis, Robert and Alma. Philip Legers passed away on 28th June 1916. (3) 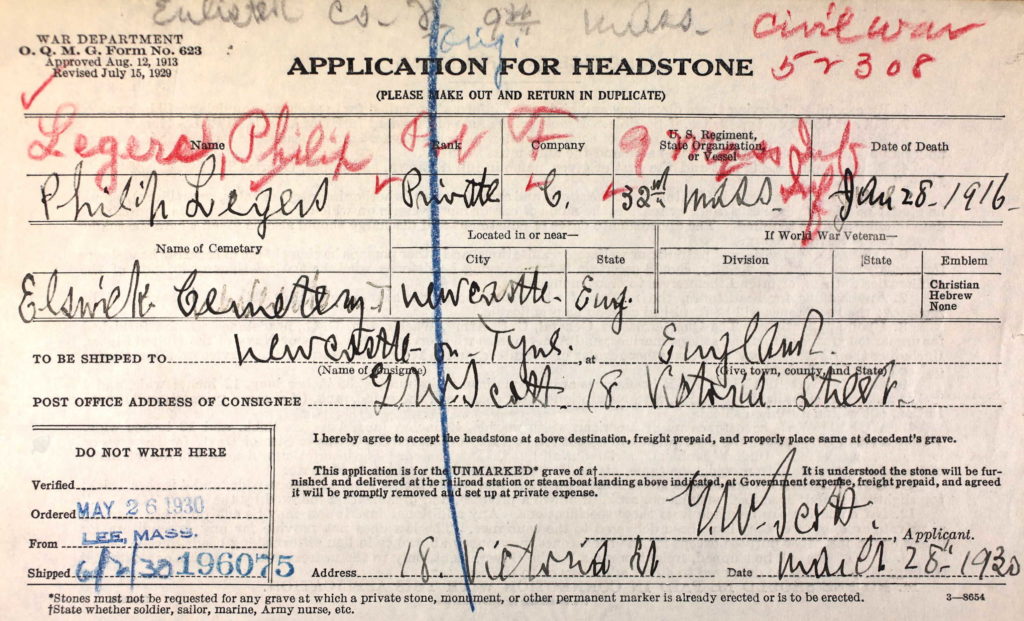 Another of Newcastle’s cemeteries is All Saints, also home to some beautiful mortuary chapels, which were constructed in 1856. Among the headstones there is one which reads “MICHAEL QUIGLEY, CO. A, 8 N.J. INFANTRY, DIED JUNE 9, 1924, AGED 87 YEARS, R.I.P.” Michael Quigley was born in Bradford, Yorkshire around 1840, though his surname suggests his family had Irish roots. Following his emigration, he was recorded as a 23-year-old Watchman in Washington D.C.’s First Ward in the summer of 1863. Another who elected to serve as a draft substitute, Michael became a soldier on 3rd June 1864 at Trenton, New Jersey. He joined the 8th New Jersey Infantry, part of the 3rd Division of the Army of the Potmac’s famed 2nd Corps. He didn’t get through his service unscathed, suffering a gunshot wound to his left wrist at the Battle of Hatcher’s Run (Boydton Plank Road) on 27th October 1864. He was discharged due to disability near Petersburg on 9th March 1865. (4) 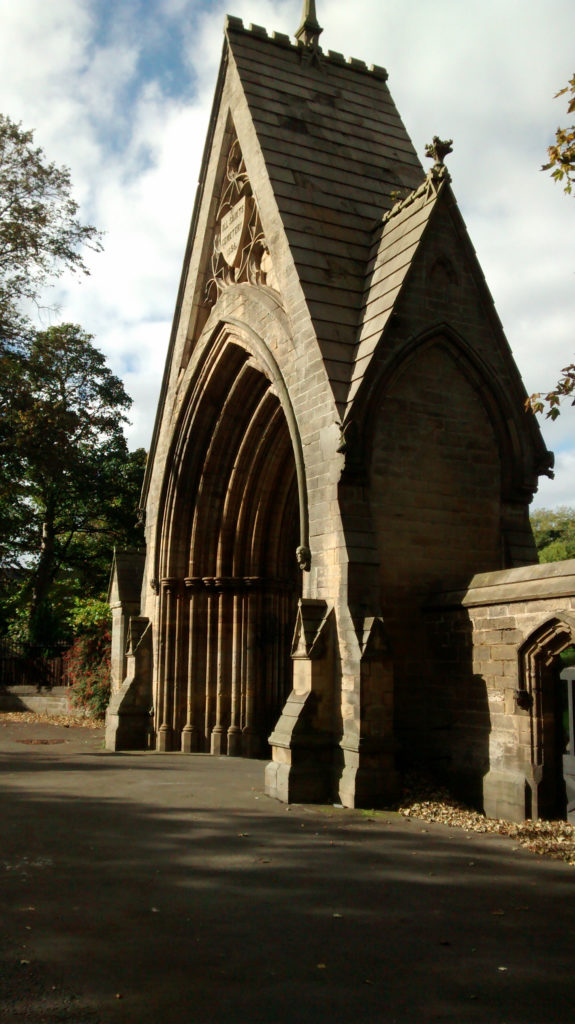 The entrance to All Saints Cemetery, Newcastle-Upon-Tyne (Damian Shiels)

Michael returned to Washington after the war. On the 1870 Census he was recorded as 30 years-old, living with his wife Mary (24), who had been born in Hartlepool, and their two young children. On 31st December 1875 he appears to have been enduring some difficulties, as he placed himself in the Central Branch of the National Home for Disabled Volunteers Soldiers at Dayton, Ohio. While there he described himself as a printer, and stated he was married with three children under 16. However, he did not give his wife as his next of kin, rather putting down Samuel Wood, who resided in an Insane Asylum in Washington D.C. Michael only stayed there for a few months, discharging himself on 15th May 1876. Not long afterwards he was back across the Atlantic, working as a Commission Agent. He is enumerated on the 1881 Census with Mary and three children in Bishopwearmouth, Sunderland. The couple’s two eldest were both recorded as having been born in the United States, while one-year-old Christopher had been born in England. By 1911 Michael had moved to Newcastle, and was living in All Saints. In that year he was enumerated with his second wife, Elizabeth, who he had wed 22 years before. Also living with the couple was one of Michael’s American-born children, Gertrude, who was then 35-years-old, and was totally blind. The former soldier was totally reliant on his army pension, which presumably helped to support both his wife and his dependent daughter. He lived on for another 23 years, before passing away in 1924. (5) 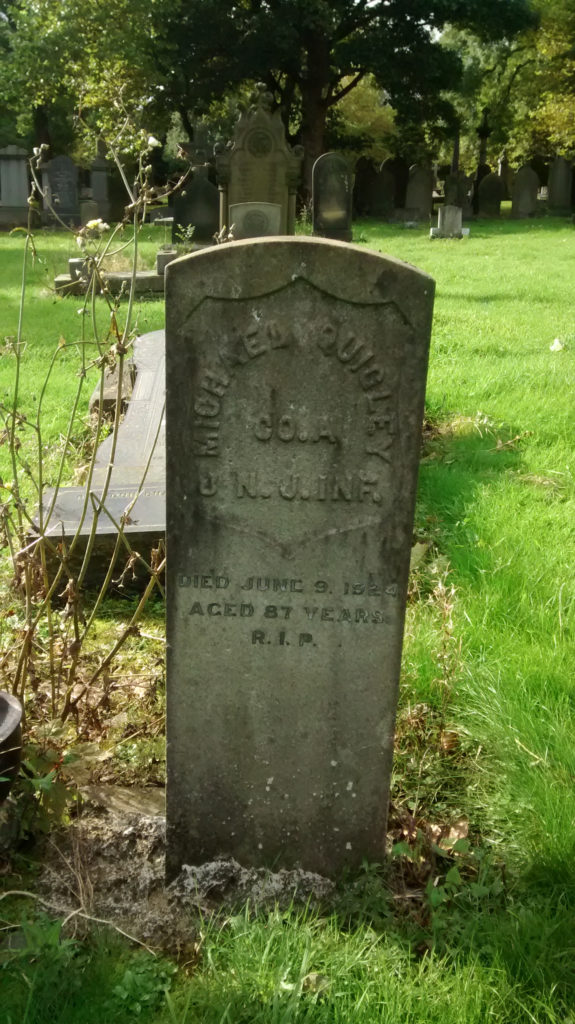 All three of the American Civil War veterans I have thus far identified as buried in Newcastle-Upon-Tyne received their headstones in 1930 (as did a fourth former American serviceman, Lieutenant Allan Alexander. Buried in Heaton, he served in the early 20th century U.S. Navy). Each was delivered to the care of G.W. Scott at 18 Victoria Street, who was perhaps involved with local veteran organisations. The stories of Philip and Michael demonstrate that connections to the American Civil War are often all around us in Britain and Ireland, just waiting to be explored. I hope to find out more about these two men in the future, along with other connections between North-East England and service with Union and Confederate forces. (6) 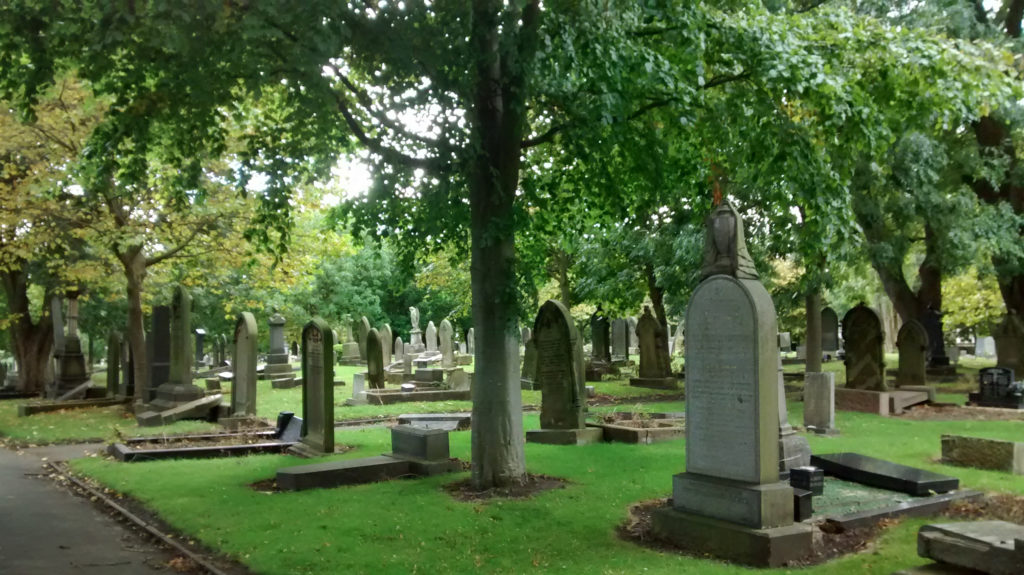