On 26th October 1861 Kerry native Andy Moriarty made his way to Fort Leavenworth to join the United States Regulars. The 26-year-old had been making his home in Kansas Territory’s Davis County, where he ran a small farm. But now Andy had taken the decision to leave his wife and two small children behind to don Union blue. He had married fellow Irish emigrant Mary Breen in Cincinnati, Ohio on 24th April 1856, where their daughter Kate was born the following year. Probably tempted by the promise of the land, the young family had moved to the Kansas Territory by the time their son Daniel was born in 1860. (1) 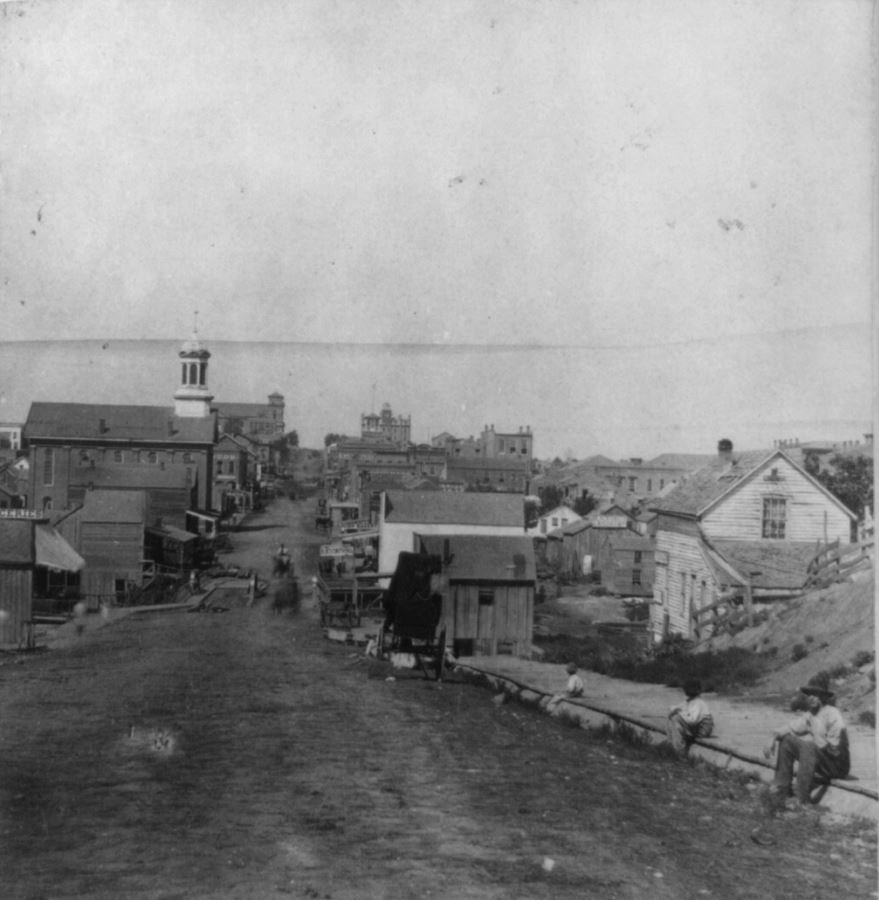 Leavenworth, Kansas in the 1860s (Library of Congress)

Andy wasn’t motivated by patriotism, or even by financial reward. Apparently he had been “involved in an unfortunate difficulty, which, in his estimation, made it expedient, for the time being, to assume another name than his own..and enlist.” What the “unfortunate difficulty” was isn’t known, but Andy though it prudent to use his wife’s maiden name for the duration of his enlistment. So it was that Andy “Breen” marched off to war as a private in Company F of the 2nd United States Infantry. Upon joining he was described as a laborer, with blue eyes, brown hair, a fair complexion, and standing 5 feet 5 1/2 inches tall. The Irish emigrant spent his service in the Eastern Theater, where the 2nd ultimately became part of the Army of the Potomac and were involved in some of the most famous battles of the conflict. (2)

It was sometime during the Mine Run Campaign in late 1863 that Andy was taken prisoner. Sent first to Richmond, he was later moved to Andersonville in Georgia, where he succumbed to dysentry in mid-August 1864. For many months Mary was unaware of what had become of her husband. Then, as the war wound down in April 1865, her employer– Kansas Bishop John Baptist Miège– received the following letter in Fort Leavenworth:

I attended the Federal prisoners at Andersonville GA until they were removed last October. I attended hundreds of Catholics, I baptised hundreds, and received into the Church very, very many protestants. The deaths during my stay were over 11,000.

Andrew Breen (prisoner), whose wife is your house keeper, died about the 16th of last August. The inclosed form of will he handed to me, requesting that I would forward to you, and that you would look to his wife & children. He was a good man, and died satisfied with the will of God. This Civil War has had its sad effects, pray for me.

I am dear Bishop

The correspondent, Father Peter Whelan, is often referred to as “The Angel of Andersonville.” Born in Clongeen, Foulksmills, Co. Wexford around 1802, he was roused by a call for priests from the Bishop of Charleston and departed for America in the 1820s. Ordained in Charleston in 1830, Father Whelan began his ministry in Locust Grove, Georgia, and was stationed in Savannah by the time war approached. An ardent secessionist, at the outbreak of the conflict he became chaplain of the Irish Montgomery Guards at Fort Pulaski, with whom he was captured in 1862. Following exchange Father Whelan became responsible for providing religious support to Confederate posts in Georgia, and it was in this capacity that he first visited Andersonville. (4) 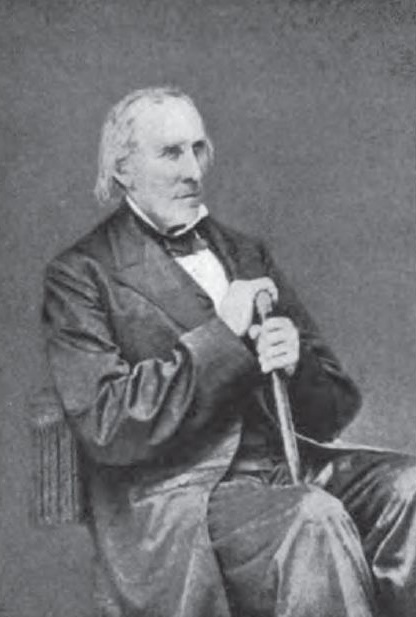 The Wexford priest was described by fellow Irish Confederate Chaplain James Sheeran as “an Irishman of the old style or fashion, with a big heart and some peculiar intellectual qualities”. His efforts to provide spiritual care for the prisoners at Andersonville proved memorable to many who had been incarcerated at Camp Sumter. He ministered to the Andersonville Raiders prior to their execution and in September 1864 raised money to buy flour so as to supply prisoners with much needed bread. Whelan was fondly remembered in the memoirs of a number of former POWs. Among them was John Vaughter:

I will not omit the ministry of a Catholic priest. He visited the prison regularly, giving the consolations of his church to the sick, shriving the dying, and sprinkling holy water on the dead. He was willing to talk to any one who cared for religious conversation. He seemed very industrious and earnest in his work. Suppose that of the thirteen thousand buried in that old field, there will be one who will at last arise justified through Christ. And suppose that the judgment shall be as Jesus described it. If so, of all the ministers in Georgia, accessible to Andersonville, only one could hear this sentence, “I was sick and in prison and ye visited me,” and that one is a Catholic. (5)

One of those that Father Whelan ministered was Andy Moriarty. His letter was likely one of many he wrote at the war’s conclusion regarding the fate of former prisoners. The correspondence, though brief, contains interesting insights into his time at Andersonville, particularly how he advanced adherence to the Catholic faith within the camp. Whelan had undoubtedly suffered great emotional strain during his time caring for the prisoners, and the experience had dampened his early war enthusiasm. Despite what he had witnessed, he did not blame those in charge of the camp, later seeking to come to the defence of the Andersonville commandant, Henry Wirz. Father Whelan died in 1871 and is buried in Savannah. Mary Moriarty used the Wexford priest’s letter, together with the testimony of Fort Leavenworth Irish– men like Galway born ragman Henry Sugrue, and former 2nd U.S. Infantry soldier Michael Lannan from Clare– to prove her husband’s identity and fate. Mary, who had emigrated to America at the height of the Great Famine in 1848, passed away in Des Moines, Iowa on 11th January 1921. (6) 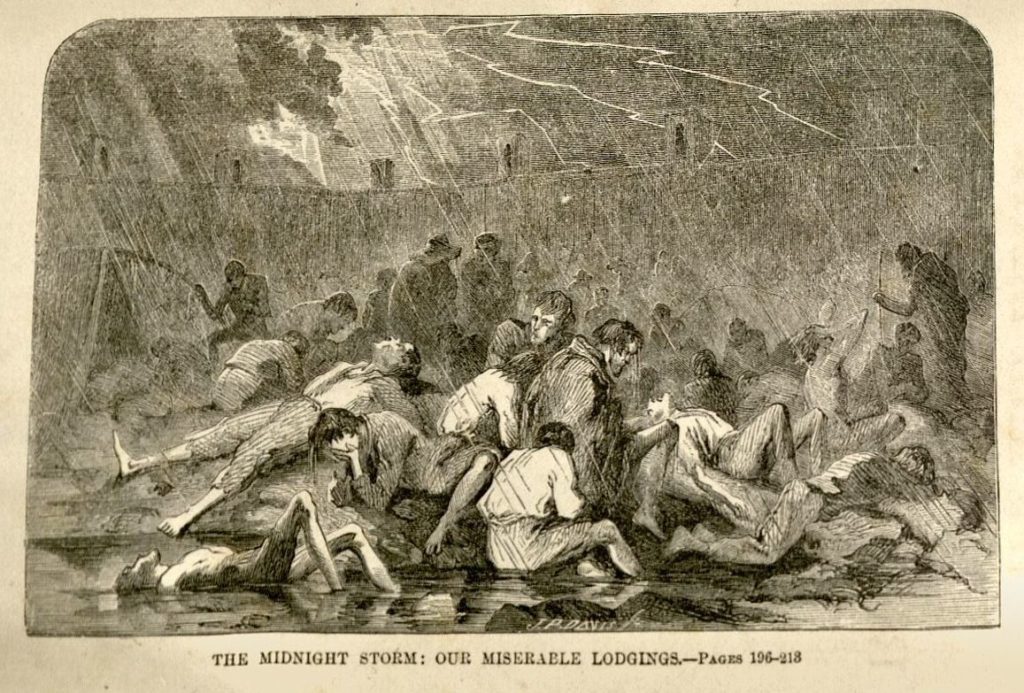 Atwater, Dorence 1866. A List of the Union Soldiers Buried at Andersonville.

Gleeson, David T. 2013. The Green and the Gray: The Irish in the Confederate States of America.