A Milestone for Irish in the American Civil War

A Milestone for Irish in the American Civil War

The last post represented the 500th on Irish in the American Civil War. I estimate that the site in its totality is now composed of c. 1,000,000 words. I established the site in May 2010, over seven years ago, little imagining where it would lead. The site is now averaging some 10-15,000 views per month, and between 80-100,000 unique visitors per year. Since the early days, I have strived to make the posts both engaging and reliable, adopting a policy of making sure each is appropriately referenced. The aim in this is to make the site a repository that is useful to as wide a range of people as possible. I have also sought to combine the writing on the website with a campaign in Ireland to bring the stories of local emigrants in mid-19th century America to as many locations as I can, and to that end have now delivered dozens of talks around the island in an effort to bring home the American Civil War’s position as the only comparable conflict to World War One in modern Irish history.

The website has led to many opportunities; the chance to lecture abroad in the United States, England and Scotland, speak at conferences, share the story of the Irish in the American Civil War in the media, and to publish on the topic– not only The Irish in the American Civil War and The Forgotten Irish: Irish Emigrant Experiences in America but also a number of papers. Attempting to maintain a website of this scope has brought with it some challenges. Both the website itself and associated activities such as lecturing have a significant cost, not only in terms of free-time but also financially. Operating what is essentially an academic website outside of academia and the access, support and potential sources of funding that brings has proved challenging, as has a commitment to telling the emigrant story in person as widely as possible. I hope in future years to be able to explore the development of the site in conjunction with an institution or association that will allow me to not only ease the financial burden of maintaining and developing the mission of www.irishamericancivilwar.com but also to widen its scope with respect to the exploration of the mid-19th century Irish in America. Whatever the future holds, I will be doing my utmost to make sure that there are many more posts to come at Irish in the American Civil War. This site, the people I have met through it, the opportunities it has presented, and most importantly the stories it has allowed me to explore, have become a major part of my life. Thank you to all the readers who continue to visit and form part of the community that make it such a rewarding endeavour. 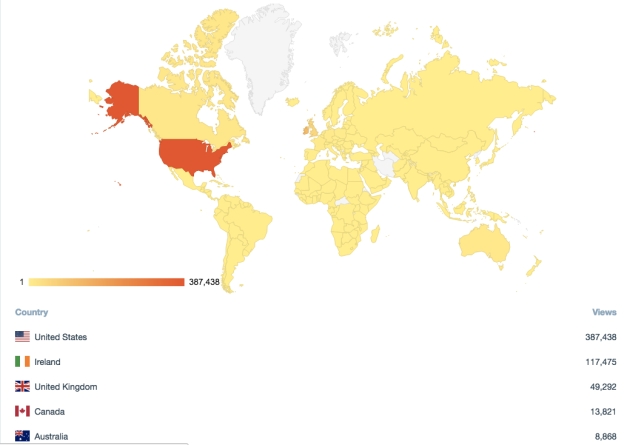