This is the second instalment of the ongoing mapping project detailing every widow and dependent parent in the world outside of the United States receiving a pension in 1883, and concentrates on Britain (you can see the first, looking at Mainland Europe, and learn more about the project here). In order to explore the maps, click on the images to take you to the interactive versions. Examining any of the data points will bring up the details of the pensioner, the serviceman on whom the pension was based, and their cause of death. Two sets of mapping are provided; the British maps look at the locations of the pensioners in Britain, and a heatmap showing their concentrations, while the United States maps portray the locations where the men died, and also a location heatmap. I have conducted analysis of each pension to compile this data, which has been mapped using Google Fusion Tables. I would like readers feedback on this project, so if you have any suggestions for corrections, additions or improvements please let me know.

As with the Mainland European pensioners, by far the greatest number of men died at the infamous Confederate POW Camp in Andersonville, Georgia. Figure 1 looks at the most prominent locations featured in the British pensions. Among the more unusual are one sailor who died at sea off Newfoundland, and another who was killed in action facing Modoc warriors in California.

Figure 1. Known locations where men died and on which British pensions were based. Only those with 2 and above deaths are represented on the chart. (Click image to enlarge).

Also in line with the Mainland European pensions, by far the greatest number of British pensions relate to men who served in New York units. It is also interesting to note the frequency of service in the Regulars and Navy.

Figure 2. The States/Affiliations of the identified units in which men served and on which British pensions were based. It includes the United States Regulars and United States Navy (Click image to enlarge).

In order to utilise the location maps, click on the images below to go to the map, and zoom in to specific areas to explore the material. You can click your mouse over a point to see the information on the pensioner and their loved one’s service and fate. The information available for each datapoint can be seen in Figure 3 below. It is also worth noting that in order to see all the datapoints in areas of high concentrations (e.g. cities such as London and Manchester) you will need to zoom right into that location, as the points are closely spaced.

Figure 3. The details you will be able to access with each datapoint on the map. 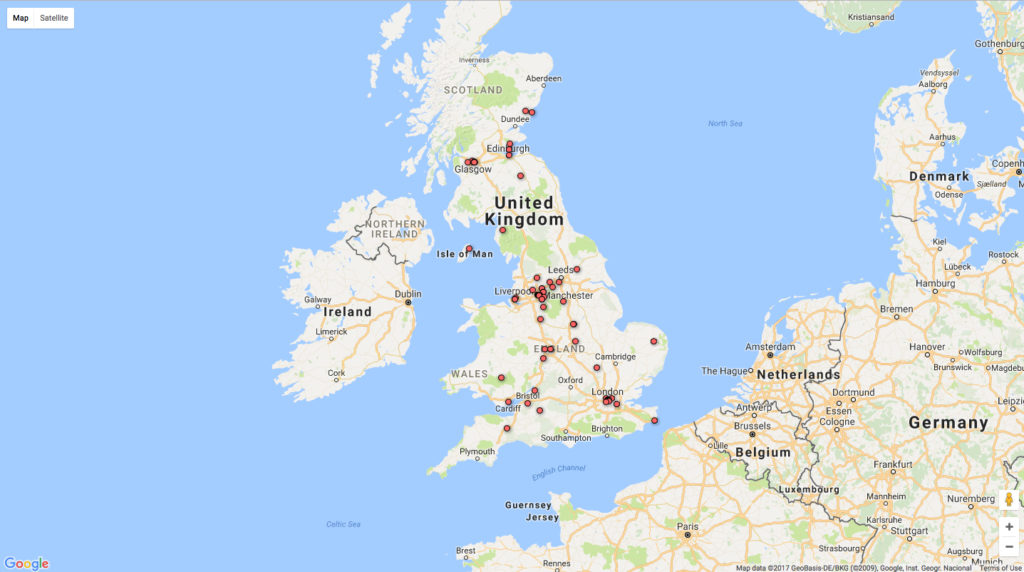 Map 3. Widows & Dependents in Receipt of American Military Pensions, Britain, 1883. American locations where death occurred on which pensions were based (Click on image to explore map)

Map 4. Widows & Dependents in Receipt of American Military Pensions, Britain, 1883. American locations where death occurred on which pensions were based. Concentration Heatmap (Click on image to explore map)

Gould, Benjamin Apthorp 1869. Investigations in the Military and Anthropological Statistics of American Soldiers.