Irish in the American Civil War on Tour

Irish in the American Civil War on Tour

Despite writing this blog for a number of years now, it may surprise some readers to know that I have never had the opportunity to visit any of the American Civil War battlefields. Fortunately (and after a few false starts) I am finally in a position to rectify this, and hopefully catch some sesquicentennial events as well. I will be travelling to Washington D.C. in early May, and hope to be on the Wilderness battlefield for 5th May and Spotsylvania on the 12th. I intend to visit a number of other Civil War battlefields and take in some of the sights around Virginia and the capital. If any readers have suggestions as to what I should add to my itinerary I would love to hear from you! 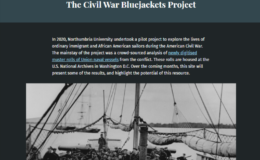